The Music – The Music 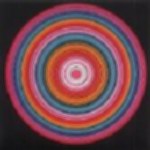 The trouble with being hyped is that you then have to more than live up to it to survive the inevitable backlash. It’s a precarious ride on which new bands either continue surfing or sink brick-like into the abyss. With the release of their debut album, it’s crunch time for The Music.

The reason for the hype is this: having been been weaned on Madchester, recent Primal Scream, early Verve and a bit of Led Zep, worshipped the second Stone Roses album, thrown in some repetitive techno with the production sound akin to Trevor Horn circa Frankie Goes To Hollywood, The Music have come up with a huge chugging monster of a sound. This is rock music for lovers of trance and techno; you can just imagine the gig going crowd, hands aloft, eyes raised to heaven, dancing their socks off not unlike their Ibiza revelling mates. The principle is the same for both, repetitive and groove-based with blissed-out interludes. No wonder Radio One loves them.

The album then, opens with the apocalyptic The Dance setting the tone for what’s to come: the howling Robert Harvey ever struggling to keep his Robert Plant-on-helium vocals above the enormous cavern of guitar riffs, looping bass, samples and crashing drums. It’s exhilarating for the first few minutes, but on an album of ten tracks, almost all of which exceed five minutes long, a monotonous pattern starts to emerge. Since hooks and riffs replace proper songs, the whole album sounds like a series of long and indulgent jamming sessions in which each band member competes to get the biggest noise going, not quite knowing where to end. Inevitably, every track builds to a huge climactic crescendo and poor Robert’s voice gets higher and higher until one can only assume that dogs are all that can hear him.

Still, when the formula works it’s pretty awesome: the breakdown into a bluesy slide guitar motif in Take The Long Road and Walk It; the whoo-whoo chorus of Float and funked-up riffage of The People are all rousing moments, but this album works best when played in short sharp bursts. While not quite living up to the hype, there’s enough here to keep The Music well above water for the time being.

The Music MP3s or CDs

The Music on Spotify