The National – I Am Easy To Find

by Graeme Marsh
published: 13 May 2019 in Album Reviews
Tweet 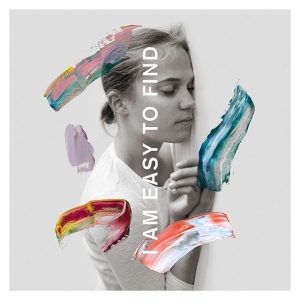 If you haven’t kept your ear to the ground, The National’s eighth studio album I Am Easy To Find may be something of a surprise. Despite occasional female vocal support over the years, with Matt Berninger’s wife Carin Besser the most easily recollected, The National are a band defined by Berninger’s distinct baritone. This time however there is a plethora of female vocalist contributions.

A second notable aspect of the new offering is filmmaker Mike Mills’ involvement; Mills admits “I don’t know shit about music”, but it was an email sent by him to Berninger that formed the catalyst this time around. He was handed snippets of recordings as well as full tracks, largely consisting of leftovers from 2017’s Sleep Well Beast, and was given free rein to do as he pleased. Accompanying the album, although the band go to great lengths to emphasise the independence of each piece of art, is a film directed by Mills starring Oscar winner Alicia Vikander.

With recording mostly taking place in New York, Mills has also been afforded co-producer credits, which is new ground for the band. But it is the constant turnover of female vocalists that form the album’s lasting impression. Lead single and album opener You Had Your Soul With You features David Bowie bassist Gail Ann Dorsey (who is the most featured additional vocalist, appearing on another four tracks) but it isn’t as a backing vocalist – she takes on the lead just over two minutes into the song alongside traditionally unique instrumentation and unconventional percussion, it all adding up to one of the album’s highlights.

The list of female vocalists plays out with Lisa Hannigan, Sharon Van Etten, Eve Owen, Mina Tindle and This Is The Kit’s Kate Stables taking their turns, as well as the Brooklyn Youth Chorus. These contributions mainly arrive as duets, with varying results, and unsurprisingly The National fans will probably most enjoy the couple of tracks where just backing vocals are offered by the guests. Second track Quiet Light takes on this guise where a beautifully haunting vocal contrast is achieved as Berninger sings, “I think about you way more than anything else” to great effect, whilst the next up Roman Holiday (another to feature Dorsey) also sees Berninger retain the main vocal presence for a similarly stunning piece of trademark genius.

Aside from the barrage of brilliance with the opening three tracks, other highlights are less obvious, with perhaps long-time live cult favourite Rylan faring best (again seeing Dorsey appear), although fans may bemoan the lack of instrumental magnificence at the song’s conclusion, feeling considerably curtailed in comparison with the live version. The stunning chords of Hey Rosey also fare well – you’ve guessed it, a track with Dorsey on board once more – but listeners may struggle to get a hold on several of the remaining numbers. Where the title track drags a little, The Pull Of You is annoyingly interrupted more than once by spoken words and the reflective Not In Kansas’ minimalism is slow, dull and lacking in thrills despite this time Van Etten and Hannigan helping out.

“It would have been better to have had other male singers but my ego wouldn’t let that happen,” admits Berninger, but that’s probably for the best as the record suffers from a lack of identity already, albeit largely intentional. I Am Easy To Find almost comes across as a various artists compilation. With its 16 tracks clocking in at 63 minutes, it’s the band’s longest album to date and, despite a smattering of classy highlights, it feels laboured and cumbersome. With that in mind, the album as a whole falls short of The National’s best work. Yet it is, in places, an admirable detour or, as Bryan Devendorf has explained, the band’s “departure record”.