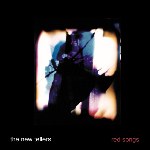 It’s always encouraging to see bands forging ahead with what they believe in, regardless of the fact that they may not be based where the action is.

Rather than disappearing to the vacuous black hole that is London’s musical community after winning 1999’s In The City competition, Sunderland based The New Tellers have decided to remain in the “cultural wilderness” of North East England, setting up a studio with other like minded local bands.

With the facilities available, the band have finally been able to get their songs recorded, the Red Songs mini LP being the result.

With all this in mind, it would be great to say that Red Songs is a triumphant capping to the last three years of effort and industry, but sadly it doesn’t all quite add up.

It could be the whiney tone of singer and songwriter David Brewis‘ voice, reminiscent of, but inferior to the likes of Mercury Rev and Flaming Lips, the vocalists of whom manage to carry it off so well.

It could be the slightly bland indie pop songs lacking the X factor of a great tune that will lodge itself in your mind and soul. It could even be the wishy washy production which does the plainness of the material few favours.

Whatever the problem, Red Songs appears to fail at every level in engaging the audience, and as a result manages to induce no emotion in the listener beyond passive indifference.

At best pleasant, at worst inoffensive, Red Songs will never change the world. Top marks for effort, but The Red Tellers have a great distance yet to travel before they are producing the heart-achingly beautiful music they obviously so long to create.

The New Tellers MP3s or CDs

The New Tellers on Spotify