The Raconteurs – Help Us Stranger 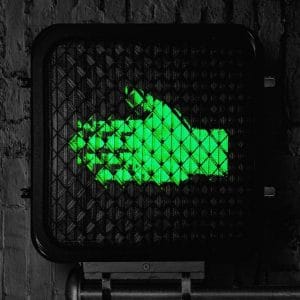 After a gap of 11 years, The Raconteurs finally return with their third album, Help Us Stranger. The White Stripes were still active when Jack White joined forces with solo artist Brendan Benson (sharing songwriting and lead vocals), backed by The Greenhornes’ rhythm section Jack Lawrence and Patrick Keeler, to form their supergroup.

The first two albums – Broken Boy Soldiers in 2006, followed two years later by Consolers Of The Lonely – were critical and commercial successes, but the prolific White in particular became involved in different projects. These include three albums with his ‘other’, heavier supergroup The Dead Weather and three freewheeling solo albums.

It wasn’t clear if The Raconteurs would record again, but on Help Us Stranger they sound as if they’ve never been away. The guitar band landscape may be much the sparser now, but they make no concessions to changing tastes. Once again, The Raconteurs draw on influences from ’60s and ’70s classic rock and power pop, though without the same input from blues and psychedelia. Help Us Stranger is a self-produced album recorded at White’s Third Man Studio in Nashville, where all the band are based. With White and Benson writing all the songs bar one, it may be short on surprises but it’s another finely crafted piece of work.

Opener Bored And Razed sets the tone. After a gentle intro, smashing chords lead on to a full-out attack with a pulsating beat. White sings the verses with frenzied abandon, Benson the choruses with calm melodiousness. The song may reflect the bitter aftertaste of a failed love affair, but there’s a bantering quality to it as the punning title suggests. The playfulness continues with Help Me Stranger, which starts like a scratchy old-school country record that gets stuck, then kicks into percussive-rock mode in which the singers share harmonising lead vocals on the importance of helping each other.

The softer-voiced Benson takes the lead on Only Child, with its acoustic guitars, laid-back countryish flavour and witty lyric: “Only child, the prodigal son / Has come back home again / To get his laundry done.” In Don’t Bother Me, White gets some of his anger off his chest by playing Led Zeppelin-style heavy guitar riffs and splintering solos, while yelling lines like “You ruthless rule-bender” and “The lack of your empathy” in a political song aimed at President Trump.

The piano-led Shine The Light On Me sees Benson doing his mellifluous Beatles-y thing, while in Somedays (I Don’t Feel Like Trying) Benson’s soulful singing is enlivened by White’s jangly guitar-playing as the feeling of despair changes to a determination not to give up with the long refrain “I’m here right now, I’m not dead yet”. Both join forces for Hey Gyp (Dig The Slowness), a cover of the 1965 Donovan song, with bluesy harmonica.

In the first-released track, the full-throttle Sunday Driver, White is in his raunchy rock ’n’ roll element with crunching power chords. The second release Now That You’re Gone, led by Benson, is full of melodic melancholy as the singer wonders unconvincingly, “And what will you do now you’re all alone? / And who’s gonna love you if it isn’t me?”

Live A Lie shows an edgier side to Benson with the subversive lyrics “Don’t wanna know about the things you do / I just wanna live a lie with you” in a slice of Detroit proto-punk with White’s squealing guitar. What’s Yours Is Mine is muscular funk-rock, as White raps “There ain’t no difference between yours and mine” with macho emphasis on what’s his. Thoughts And Prayers is a mellow finale and something of a protest song, with Benson crooning amidst bluegrass mandolin and violin, plus a few guitar curveballs thrown in by White, ending with the two singing together in harmony, “There’s got to be a better way”.

Leading The Raconteurs, the restlessly inventive maverick White and the sunnier, more straightforward tunesmith Benson really do complement each other well, mixing thrilling aggression with focused sweetness. White may have a much higher profile, but Benson brings a positive, restraining influence to some of his partner’s self-indulgent tendencies. Let’s hope it’s not another decade before this rich collaboration entertains us again.