The Shins – The Worm’s Heart 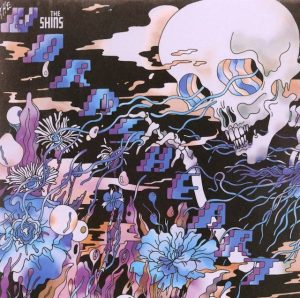 “Tell me what can I do?” sings James Mercer on Heartworms – the electro reworking of a song he released fewer than 12 months ago. The answer, of course, is “Get your finger out, Mercer and write some new songs”.

The concept behind The Shins‘ latest album is to take the previous album (2017’s Heartworms) and flip it, reversing the track listing and reworking each song so the slower, more tender tracks become more upbeat and the more upbeat ones go in the opposite direction.

On the surface, it’s a solid idea and brings up questions of the fluidity of modern song. What is the definitive version? When is a song finished? Would everything sound better if it was reworked with a cod-reggae approach? The answers to these questions can be debated long into the night – except for the one about cod-reggae, where the answer will only ever be ‘No’.

Quite why the slightly new-wave original version of Half A Million had to undergo a transformation that makes it sound like something The Police shat out on a 15 minute fag break is anyone’s guess, but someone should have had a word with Mercer and asked “Are you sure about this?”. If Half A Million had a physical presence, it would need talking down off of a tall building, such is the indignity it suffers in this reworking. It’s that bad.

Dylan fans obsess over live recordings and interpretations and there are certain bands – like The Fall – who constantly attack and rework back catalogue to give new angles. The MTV Unplugged series gave artists a chance to strip back their sound and take their songs in a new direction. It’s not as if this idea hasn’t been explored before, but rarely has it been done in such a sloppy, lazy fashion.

There are moments on The Worm’s Heart where you wonder whether Mercer is trying to sabotage his own work. Half A Million is a travesty in its own right, but Mildenhall isn’t far behind. Taken from heartfelt country strum and flipped into a Jools Holland style take on Dave Edmunds‘ I Hear You Knocking that strips out any emotion and feel the original had. Play this interpretation at Bob’s Country Bunker and the chicken wire will get a fair working out.

There are moments where the rearrangements do click. Cherry Hearts played as a chipper rock tune with a debt to The Small Faces could actually be slightly better than its unflipped version. The scuzzy take on The Fear finds it drenched in reverb and covered in Brown Sugar, which gives it a pleasingly dirty edge, and Heartworms’ reinvention as a brooding disco tune is a high point (even if it’s hard not to think ‘OK GO do this kind of thing better’).

Elsewhere the flipping idea doesn’t elicit much of a response, in fact it’s only when they’re really terrible that you sit up and take notice. Whether this is all some kind of weird commentary on music or just a reasonably good idea executed poorly is hard to tell. What is certain is that Mercer should probably not have bothered, or maybe tried it out on an EP (or perhaps a one-sided 7”). Oh, inverted world, you’re not as much as fun or as interesting as we hoped.