The Smashing Pumpkins – Shiny And So Bright, Vol 1 / LP: No Past. No Future. No Sun. 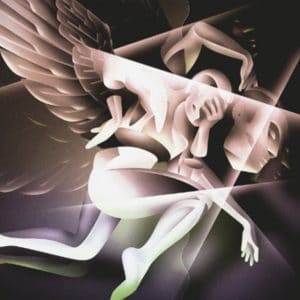 The end result of the much-touted reunion of alt-rock’s prominent outliers is finally upon us. Forever pegged as the least popular kids of the grunge alumni, The Smashing Pumpkins have existed in a self-imposed exile from their peer group via their frontman’s tendency to be a bit of a “crybaby” (according to Kim Gordon’s 2015 memoir Girl In A Band anyhow).

The ‘difficult’ side of Billy Corgan’s character was ostensibly still very much evident in his failure to actually achieve a full reunion of the original lineup (depending on who you believe D’arcy Wretzky was either excommunicated or had no interest in working with Corgan again). Nevertheless, despite Corgan’s best efforts to ruffle feathers, the band outdid many of their contemporaries commercially selling over 30 million albums, as the press release for Shiny And So Bright, Vol 1 / LP: No Past. No Future. No Sun. is keen to point out.

It is of course as inflated a title as you might expect from one of rock’s premiere egos, but the record now has to answer the anticipation built on the reunion and the unshakable self-belief of the band’s leader. Essentially, hype aside, is it any good? Frustratingly, it kind of is and kind of isn’t. Corgan, at least, is certainly positive on opener Knights Of Malta: “We’re gonna make this happen/we’re gonna ride the rainbow.” But even then he can’t hide his megalomaniac tendencies by casting himself in a saintly guise: “My halo shines in you.”

While he might be far from angelic, his delusions haven’t marred his gift for aching melodies, as evident on Silvery Sometimes (Ghosts). Corgan’s familiar, yet atypical, yowl rides the bright guitars of this shiny tune, which could be considered classic Pumpkins, or if you’re feeling less generous, Pumpkins by numbers. Travels is a more lacklustre effort, and while it remains pleasant, it is the sound of a band consciously trying to capture that early magic.

Having abandoned their darker industrial impulses, this record sits somewhere between the tenderness apparent on Siamese Dream and the pomposity of Mellon Collie And The Infinite Sadness, but never in a wholly satisfying way. They reach for grandeur with symphonic strings on a few of the tracks, sometimes successfully, sometimes less so. Alienation (you’ve only yourself to blame, Corgan) is certainly one of the weaker tunes, and without his idiosyncratic vocal, it would be more readily exposed for what it is, MOR rock. Amid a clumsy, forced melody unwieldy guitar solos and sweeping strings fail to save it from mediocrity.

On the other hand, Solara takes the record into heavier territory but lacks the character and clear-sighted ire of tracks like Bullet With Butterfly Wings, but props to Jimmy Chamberlin for heroically trying to lend it some real bite with seriously brawny beats. At only eight tracks the record is uncharacteristically concise. Given Corgan’s bloated sense of self and tendency towards grandiose statements, that he has kept this collection succinct is surprising and also one of its strengths.

Overall the album begs the question, is it enough at this stage? Generally, it doesn’t really satisfy the big sell of an original lineup reunion in any meaningful way, but no doubt die-hard fans will appreciate the many nods to career zeniths.

Rightly or wrongly The Smashing Pumpkins’ legacy will always be coloured by their frontman’s exasperating character. As such, no doubt there will be many chomping at the bit to pile on Corgan, but he and his bandmates have made a pretty decent record if by no means a great one. Shiny And So Bright, Vol 1 / LP: No Past. No Future. No Sun. neither offers the chance to dent Corgan’s ego or inflate it in any significant way. As one that thrives on conflict and adoration in equal measure, this outcome will no doubt irk him.