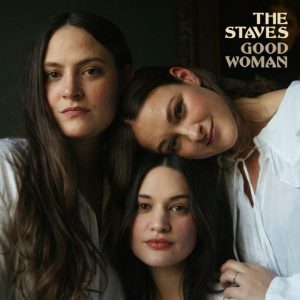 The Staves‘ third album has been a long time coming, and with good reason. Since the release of 2015’s If I Was, the Staveley-Cooper sisters have ridden that proverbial emotional rollercoaster.

Emily Staveley-Cooper gave birth to a daughter in 2019, but that’s been one of the few bright spots over the last few years. Camilla Staveley-Cooper went through a relationship break-up, and had to relocate back to England from Minneapolis, and most devastatingly of all, the sisters’ mother died suddenly in the summer of 2018. All that, and a certain global pandemic to deal with.

Despite what you may think, given its background, Good Woman is not a depressing album. On the contrary, it’s a bracing listen, with the sisters’ trademark harmonies giving each song a degree of warmth that becomes comforting to listen to.

A fair amount of credit should also be given to co-producer John Congleton, who proves to be as excellent a collaborator as previous producer Justin Vernon was. He helps to construct a muscular new sound for The Staves, with the wall of sound created by Careful Kid being reminiscent of his work on Sharon Van Etten‘s Seventeen.

The title track, which opens the album, will be familiar to most, having being released last October, and it still sounds as uplifting as it at the start of autumn – the sisters’ voices intermeshing perfectly and building up slowly to what sounds like a very cathartic repeated cry of “I’m a good woman” over and over again.

On an album full of touching moments, Sparks is probably the most poignant track, an exploration of grief inspired by their mother’s death. It’s the sort of song that perfectly describes the waves of grief – imagining hearing someone’s keys in the door or wanting to share a joke with someone who’s no longer there to appreciate it. The sadness and fragility positively pour out of the speakers.

Many of the songs were written in the wake of Camilla’s relationship break-up, and there’s a palpable anger coursing through Careful Kid, with her vocals sounding almost unrecognisable after being treated with effect pedals. Trying takes a more wistful approach – a quiet, understated number with lyrics like “just cut me loose, I can do as I please”, before reaching the conclusion that “I’m sorry, you should be sorry too”.

The best moments are those understated ones, that unexpectedly grow to an emotional swell – take Devotion, built on a simple piano riff and fingerclicks, which bursts into a gorgeous chorus of “devotion will be the death of me”. It’s a similar story with the brilliant Failure, a self-deprecating mid-tempo ballad that shows off the sisters’ talent for harmonies and soaring choruses to its best advantage.

What keeps you coming back to Good Woman is a sense of hope and optimism that shines through – that sense that, despite the grief and pain, there’s always better times ahead. Maybe it’s exactly the sort of record we all need in these times, and it certainly contributes towards this being the best Staves album of their career to date.