The Strokes – The New Abnormal 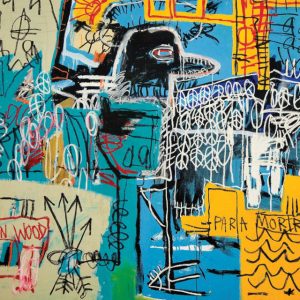 Rejoice! The most frustrating band of all time are back. If this were any other band, at any other time in history, we would not be talking about this album. The reason we are talking about The New Abnormal is down to the amount of goodwill afforded to The Strokes because of the quality of their debut album, Is This It. That record kicked off a movement, changed the playing field, &c. But even now, 20 years and five albums later, The Strokes have failed to make anything remotely as interesting.

It’s a shame, but the best thing about The New Abnormal is its cover, a painting called Bird On Money by Jean-Michel Basquiat. That’s not to say that tracks aren’t catchy, concise and as tightly wound as ever – they are. But it’s a poor choice to have your music outshone by the cover, especially when fans aren’t as enthusiastic about your band as they were merely two albums ago.

If you heard Comedown Machine, their incredibly lacklustre 2013 album, then you’ve basically heard everything here, but here’s the kicker – this isn’t as boring. The New Abnormal lacks the electronic edge of Angles, it has little of slapdash power pop of their debut, and it certainly doesn’t take as many risks as their third (much underrated) record First Impressions Of Earth.

There are shades of the old power on Brooklyn Bridge To Chorus, the best song on the record – but don’t ask yourself how it compares to, say, Car Seat Headrest. And a borrowed Generation X/Billy Idol riff is put to good use on the springy Bad Decisions – an inspired decision, for once. The Adults Are Talking, a densely-packed, sharp-edged attack on Modern America, is overstuffed and undercooked. Eternal Summer is another miss, with its vanilla creaminess and sub-Phoenix copy-of-a-copy thinness.

The weird thing about being a Strokes fan is the constant disdain which you are met with from the band. Every album – even the debut – seems to come with the knowledge that they have never been worthy of the amount of time you’ve dedicated to them. This record, more than any other, could have returned them to their former glories, won back old fans and convinced their long-suffering diehards that they were as good as you always knew they were.

The best thing to do if you want to recapture the feeling of power and energy The Strokes once gave you would be to look elsewhere.