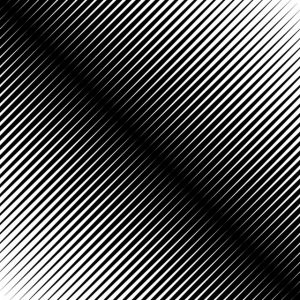 Interzone, the third studio album from New York duo The Vacant Lots, seems a million miles away from their 2014 debut Departure. They’ve now moved on considerably from those early, raw and raucous post-punk moments and injected something approaching danceability into their tracks. Not that the people likely to be listening to this kind of mix would be jumping out of their seats and forming any kind of shapes to music at all, ever. Too cool for that.

According to the band, Interzone is “like existing between two zones” in light of how we all are at the moment, caught in a kind of limbo or no man’s land not knowing what exactly you can and cannot do anymore. Frustrating it may be in real life at the moment but Interzone is anything but. From opener Endless Rain you sense something is afoot that could grab your attention and hold it. Effortlessly catchy, it’s over in just three minutes but it’s a thrilling, yet at the same time puzzling, ride.

When synthesisers first appeared in music, a huge amount of experimentation took place. Melodies were dropped at the trial and error stage of the new technology, with Kraftwerk leading the way before everyone else cottoned on to the possibilities. It wasn’t until the likes of OMD’s Andy McCluskey came along – someone with a penchant for writing extraordinarily catchy pop – and combining it with synth chords and melodies that things began to change. Bands like The Human League seemed then to emerge from a largely unexciting experimental stage and blossom into something beautiful. Interzone seems to occupy the space between those two stages in the synth development time zone. It’s icy post-punk as opposed to the poppier aforementioned bands, yet melodic synthpop in a similar vein, with that Bauhaus type of core – almost a weird anomaly of the past. And it works – all laid down using Alan Vega’s (Suicide) Arp synth.

Bubbly synths are all over Into The Depths, another number that hints at dance possibilities with an undercurrent of punky guitars and then Rescue taps into the The Jesus And Mary Chain during the era when they first dabbled in electronic drum beats for Automatic; it boasts a simple, yet brilliantly effective hook, representing everything that’s good about the album. Exit is also upbeat and simple despite its repetitiveness, a soothing chord progression being key to its charms.

The second side is a little different: Pay Off employs robotic monotone vocals in a cut that would sound out of place but for another dance beat, this time moving into Beloved territory beat wise at least, and closer Party’s Over would surely have The Brian Jonestown Massacre’s Anton Newcombe chasing after them in a comical Benny Hill sketch show kind of way if they weren’t past collaborators, because it sounds more BJM than BJM have often sounded – slow, moody psych-rock at its lazy best. Fracture, though, is superb: an icy guitar riff, swirling synths, another catchy beat – it’s perfection!

Vocals on The Vacant Lots’ albums are always an acquired taste, much like those of Newcombe’s in fact, yet this trait never seemed to hold back bands like Kraftwerk. It might prevent them from reaching heights that otherwise could be achieved with synthy brilliance such as this. If those vocal performances were stunning, in a Phil Oakey kind of way for example, this would be an absolute smash, for that’s how good this album otherwise is. So look past the vocals and enjoy.

The Vacant Lots MP3s or CDs

The Vacant Lots on Spotify