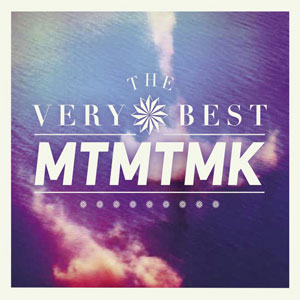 There are few more disgusting concepts in recorded sound as “world music”. The idea that sounds from Africa, the Middle East or South America needed to be filtered by white minds before the public could stomach them wasn’t what Peter Gabriel and their like were originally thinking of. But it’s certainly what the label became.

Some of the coolest and most mind-meltingly great hip hop, dance and rock music can be found rattling around in Africa, traded on mobile phone memory cards and often existing without proper track listings or artist credits. Make a beeline for Mali if you want to fill your phone up with some of the finest and weirdest songs in existence.

But this is a review of The Very Best and not a thesis on the musical sub-cultures of the Sahara. The Very Best are not world music, they’re just good music; the cultural fusion of Malawian singer, Esau Mwamwaya, and London based DJ/production duo Radioclit.

MTMTMK is the third fruit of their collaboration after 2008’s Esau Mwamwaya And Radioclit Are The Very Best mixtape and 2009’s more defined album Warm Heart Of Africa. The difference is this collection of songs is far dancier than the woozy sounds of Warm Heart… and is more clearly a collaboration.

There is a real sense of humour and fun throughout the record, a playfulness that is infectious. Check out the video for Yoshua Alikuti, filmed in the Kiamaiko area of Nairobi, which mimics and twists the spot for Lil Wayne’s A Milli to see that light touch in action. And Adani, the opening track, is a club banger. No ifs or buts, this is one to drop into a set and see a crowd dance like scorpions are scuttling around near their feet.

Kondaine (feat Seye) feels as if 8-bit has been gene-spliced with Graceland. It’s a big pop song that makes you want to move – it’s ideal summer listening, the kind of song that sounds best from a battered car radio on a journey to somewhere exciting.

Rumbae (feat Mnek) keeps up the dancing vibe with a track that comes over as what a lot of pop R&B and hip hop creators would make if they had more ideas, a killer bass drum locking everything down. Bantu, which calls up Amadou & Mariam, Baaba Maal & Jose Hendrix, sounds like elders descending from the mists of the afterworld with a bank of synths and some killer keyboards to help them out. It is epic. The other stand out track on the record is Rudeboy, with heavy ’80s synth crashing against the sweet tone of Mwamwaya’s vocals which slip between several languages with the outrageous ease of the fluent.

It’s hard to fully describe how creative and fascinating The Very Best are on this record. It’s one you need to listen to and then listen to again straight after. In a dour, dark world, we need more bands that want to make us dance as much as The Very Best.

The Very Best MP3s or CDs

The Very Best on Spotify