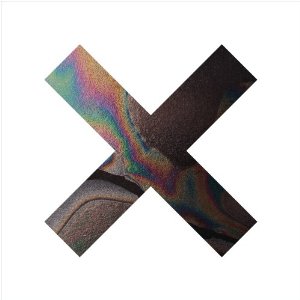 Music has lost its mystique. No. Musicians have lost their mystique. Or they’ve sacrificed it. Sold it down the river, bizarrely misinformed that all information is good information, and that people must be given AAA passes to every aspect of their lives.

It’s an odd, unpleasant phenomenon, watching bands frantically humping the leg of exposure hoping for a break. It’s one The xx have done extremely well to avoid, particularly given how big they genuinely now are. They are, officially, transatlantically, famous. And yet, we really still don’t hear that much from them. Which really is unusual.

Unusual, but good. The idea of seeing Jamie Smith twirling round at the press of a button to spew effusive praise at teary-eyed members of the public on The Voice, or Romy Madley Croft discussing her madeleines on Celebrity British Bake Off, or Oliver Sims centre-folding out of Heat as Torso Of The Week, would just seem so very, very wrong. A shattering of the fragile, appealing, bubble The xx have created around themselves. Not that we don’t imagine your torso to be undoubtedly lovely, Oliver.

It just helps when you’re making music like this. When your aesthetic is less is more, then, well, less is more. Coexist fits that minimalist mantra. It probably isn’t going to surprise many, sounding as it does very much like an album by The xx, but it’s unfair to just dismiss it as more of the same. There are differences; subtle, for sure, but they’re there. There’s the sense of a more comfortable band at work, something that lets more light into Coexist, cast from steel drums (Reunion), from textures which shimmer like iridescent algae (Try), or near Balearic beats (Swept Away). There’s increased confidence in the vocals too. Sims in particular tackles verses with the hypnotic languorous relish of Kaa from The Jungle Book eating a trifle.

It probably is a better record than the first. It certainly has better individual songs: the opening Angels is heart-stoppingly lovely, with chiming underwater guitars, a skittering beat and an air of is-this-romantic-or-is-this-creepy longing. Unfold is barely there, an incredible filigree of individual notes and poignant pauses that demonstrates how The xx do silences better than many bands do notes, while Our Song ends the album warmer, happier and more content than we’ve seen before. There also a mass of contradictions at the core of Coexist. It is intimate and loving, but somehow cold and distant. It is claustrophobic and yet agoraphobic. There are tracks here that as cavernous as an aircraft hanger, but having been given such a vast space, Croft and Sims’ vocal exchanges spend most of the time skulking around in corners looking for a cupboard to curl up in.

The largest problem with Coexist is something shared with the debut. A lot of it just washes over you without leaving a trace. It’s always high quality, assembled with a craftsman’s eye for gorgeously unfussy detail, but it can leave you unengaged. It’s soporific, far from unpleasantly, but in a way that means you can come out the other side unmoved.

It’s a good follow-up, just not a great one. More annoyingly, it feels like it could have been better. In that a sense, they’re almost victims of their own enigma. Their maintenance of such a dignified silence means they only have their music to do the talking, and ultimately Coexist just doesn’t say as much as it might.