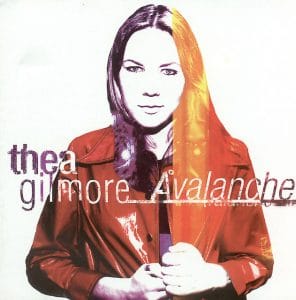 Thea Gilmore is one of England’s finest singer-songwriters, and one of the most prolific. Staunchly independent, as she wanted to be herself rather than “a Barbie Doll”, she has the freedom to release records at her own rate. Avalanche is her fifth in as many years, following just months after her last, internet-only album Songs From The Gutter, and shows an artiste who is on a roll.

Rags And Bones kicks off the proceedings, led by an insistent acoustic guitar, featuring a 1950’s radio, and full of evocative lyrics (“they are racking up the weapons of blood and piss and guilt…”). Have You Heard shows us that things aren’t what they seem, with political allusions littered throughout the song.

Inspired by a chance meeting with a girl who spilled out her life story within a few minutes, Juliet (Keep That In Mind) is a big sing-along, radio-friendly song, which hides the sting of the lyrics in a great melody. Mainstream is a driving acoustic rocker indicting the state of the music industry with a rollicking dobro solo, and Heads Will Roll is a bluesy stomp, reminiscent of This Girl Is Taking Bets from Rules For Jokers, both with a hefty dose of wit and cynicism.

Gilmore sounds equally at home on the slower songs on the album, such as the title track, which hints at corruption; the gorgeous ballads Pirate Moon, and God Knows; and the dark love song Razor Valentine, complete with vinyl crackle, which wouldn’t sound out of place in Twin Peaks. Eight Months is a wish list of places still to see, and the closer The Cracks contains a hint of optimism against the odds.

Surrounded by her usual band of musicians, including ex-Pretender Robbie McIntosh and long-time producer and guitarist Nigel Stonier, the music this time around is augmented by percussion loops and effects, which actually contribute to the atmosphere of the songs rather than swamp them.

With a consistently high standard of songwriting beyond Gilmore’s 23 years, it’s hard to find a duff track on the album. Showing that she’s more than just another girl with a guitar, Avalanche blows the competition out of the water and reaffirms Gilmore’s position in a league of her own.