These New Puritans – Field Of Reeds 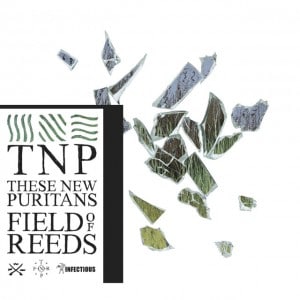 These New Puritans are a British band unlike any other. In fact, there are few bands nominally working under the sphere of alternative indie rock that come close to matching them for scope, ambition and an unshakable conviction in their own vision and approach. That conviction is singularly driven by Jack Barnett, the sonic auteur behind These New Puritans’ sound.

Their third album Field Of Reeds sees them progressing even further along the path they embarked on with their excellent critically acclaimed second album Hidden. Field Of Reeds is even more of a conceptual work. It goes beyond rock and pop, beyond alternative, sometimes even beyond the realm of the song. From Barnett’s vision comes a fascinating album that defies convention.

Much like everything the band have ever produced, going back to the whip-smart post punk invention of their debut Beat Pyramid, Field Of Reeds is painstakingly considered and refined. For Barnett the process of creating this beguiling music is all-consuming. While recording Hidden, Barnett self taught himself to arrange and compose brass, woodwind and percussion. Here, those skills are even more expertly realised. Every song was completely scored and arranged by Barnett with recording taking place in Berlin with esteemed conductor André de Ridder. Providing a link with Hidden is co-producer Graeme Sutton of Bark Psychosis. The subsequent scope of Field Of Reeds is staggering. At times, the songs are florid and grandiose as strings soar and brass flourishes. Conversely, the darker moments are almost unbearably bleak and ominously sinister. Dark portent and hope are of almost equal importance.

This is a different album for These New Puritans. Hidden succeeded in forging new sonic ground, concerned as it was with the way sounds relate, and was informed by electronic sounds and using hip-hop production techniques just as much as it was coloured by ornate classical inflections. Instead, Field Of Reeds is wondrously organic. Every instrument is played. There are no samples or loops. There’s a palpable feeling of being close to the music; you can feel everything. The heightened effect suits these strange pieces.

Aside from the music, Field Of Reeds is also a deeper and more personal album for Barnett. It’s easy to deride notionally experimental music like this as being obtuse, difficult and wilfully impenetrable. That would be incredibly misguided. Field Of Reeds is intended to be a considered and evocative piece brimming with lucidity and rich in meaning. The songs here consider intimate and resonant themes. Love, hope and a crushing feeling of despair are all prevalent, and the music often mirrors these emotions. The Light In Your Name is essentially a pure love song. Barnett’s low humming voice pleads: “Don’t let them pull you away.” Elsewhere, Organ Eternal revels in a beatific splendour. There is an audible purpose in everything Barnett does; every individual sound, instrument and lyric has a distinct resonant meaning.

Perhaps the best expression of Field Of Reeds’ scope is in the list of guests featured on the album. Basso profundo Adrian Peacock features on the compositionally stunning nine-minute centrepiece V (Island Song). There are also notable appearances from British jazz trumpeter Henry Lowther, whose lone solemn trumpet lament is a highlight on the sedate Nothing Else; Dutch composer Michael Van Der Aa; and Swedish soundtrack arranger Hans Ek. The influence of all these diverse musicians and minds coalesce around Barnett’s vision. The most striking contribution though is provided by Portuguese jazz singer Elisa Rodrigues, who provides the counterpoint to Barnett’s flat and often expressionless voice. The abstract Spiral and deathly sinister Dream both feature her striking tones set against Barnett’s low hum.

These songs are often built around repeated musical figures and motifs, with the looping piano figure of Fragment 2 the only thing that could reasonably be labelled a hook. The electronic melodic pattern that introduces Organ Eternal is particularly striking. Spiralling beautifully in dazzling circles, it is as about as far removed from traditional notions of rock or pop music as it could be. The cumulative effect of these sounds when carefully pieced together by Barnett is to create something compelling and fascinating.

The music on Field Of Reeds is certainly not easily accessible but, at its heart, this is a supremely evocative album. The closing, title track is a special moment. Against a chanting choir, woodwind and tender piano combine with Barnett at his most bare and vulnerable, together representing the glint of hope that’s always present in this music. Quietly beautiful and moving, it is a fitting way to end a significant artistic statement by These New Puritans.