These New Puritans – Inside The Rose 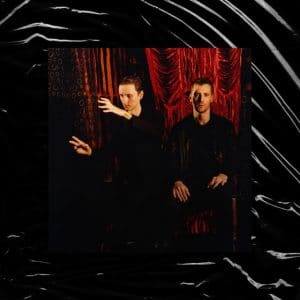 In the entire canon of music journalism, it’s hard to know what is the most annoying trope. Is it describing band X as sounding like band Y on acid? Is it the non sequiturs? Is it the asking of rhetorical questions? Or is the grand sweeping proclamations of wild swinging opinion as fact?

Clearly, most annoying of all, more annoying than anything else that has ever happened in the history of time, is the portrayal of the blindingly obvious as that which is deeply meaningful and insightful.

So, in that spirit, Inside The Rose, These New Puritans‘ fourth album, sounds quite a lot like what would happen if you took These New Puritans second album, Hidden (with Taiko drummed, jack-booted heft) and combined it with These New Puritans third album, Field Of Reeds (festooned with delicate harmonies and awash with lovingly constructed orchestral sweeps).

Boom. Mind blown. Who would have thought that a band’s album would be broadly reminiscent of some of their other albums. But, overcome that shock and peel your jaw up from the floor, as it does give a handy platform from which to launch your album expectations.

Now down to a core twosome of brothers Jack and George Barnett, Inside The Rose is an album that manages its contradictions masterfully. It sounds ancient and yet modern. It drifts and meanders in a dreamlike state, yet still drives onwards with an undeniable drive and sense of purpose.

It’s odd and different in a way you can’t ever put your finger on, and brilliant in a way you often can. The balance they find in the various elements of A-R-P: the pulsing synth line, the brutal electronic drums and most plaintive and desperate vocals is tremendous and thrilling. As is the way that Beyond Black Suns cocoons itself in uneasy, discordant beats and conspiratorial, multi-tracked whispers, before emerging into beatific warmth.

The centre of the album, both literally and figuratively, is Where The Trees Are On Fire. A song which they performed when they took Field Of Reeds to the Barbican in 2014 accompanied by 30+ singers, players and magnetic resonator piano specialists.

A windswept lament of strings and brass, it is stark, simple and beguiling. “This is where your dreams come true / your nightmares too,” Jack coos, nailing a kind of nursery rhyme duality. Where meaning plots a course between reassuring innocence and choosing the next victim for a pagan ritual.