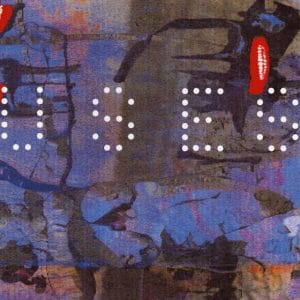 As welcome as it is, a new Throwing Muses album comes as quite a surprise. The archetypal US college band, Kristin Hersh split the band in 1996 due to economic circumstances and seemed content to make wonderfully enthralling acoustic solo albums. The chances of persuading half-sister Tanya Donelly back to the fold seemed even more unlikely, yet Hersh and Donelly are reunited here with Bernard George and David Narcizo.

Although Donelly isn’t an official member of the Muses again – she sings backing vocals on less the half the album – it’s certainly nice to have the line up who produced the classic Real Ramona back with us. Hersh has certainly been busy – a new solo album is released on the same day as this, and the two records demonstrate the extreme sides to her famously bi-polar personality.

Throwing Muses is an electrifying album, definitely the band’s rawest yet and a million miles away from the polished fare of Red Heaven. Opening track Mercury starts with a drum tap and then launches into a maelstrom of an instrumental passage. It almost sounds recorded live, and you’d never be able to tell that the Muses haven’t played together for years. Hersh’s lyrics are as fascinating as ever too – Mercury mentions “old ladies on tremendous amounts of coke” before ending the song with “I hope I don’t tramp on your heart/believe me I know what that’s like”.

The pace never lets up for a second be it on the swirling, menacing Civil Disobedience (“Here’s a big fat asprin, maybe you’ll choke”) or the dramatic moodswings and ecstatic chorus of Half Blast (the most ‘Donelly sounding’ track on the album). It’s no coincidence that the tracks that Donelly contributes to are the most successful – her vocals mix perfectly with Hersh and lend the very dark songs on here a sense of lightness. It’s a shame she wasn’t around for the whole album.

It would be easy for the nostalgic Muses fans amongst us to pretend that this is a flawless comeback, but that’s not the case. The relentless sound means that the album can be hard going for all but die-hard fans, and the song quality sags badly in the middle of the album. Both Status Quo and Speed And Sleep slow down the seemingly unstoppable momentum of the first few songs, and could have easily been dispensed with. The good points far outweigh the bad though, with even a rare example of a Hersh joke on Portia (“Like frat boys who sleep together, we party better”).

Whether this reunion proves to be a one-off or a more permanent arrangement remains to be seen, but this coruscating record is up there with the best of the Muses work. There may be more beauty and subtlety in Hersh’s solo albums, but this is still a glorious emotional release of a record.