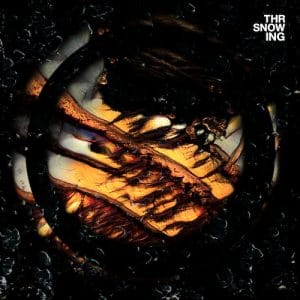 Those already familiar with Throwing Snow will be aware of certain tropes to expect in any project: stylish club-adjacent beats, razor-sharp synths and dramatic inclinations in chords and pacing. Fourth album Dragons certainly doesn’t disappoint on this front, and indeed these attributes shine bright on a streamlined 40-minute release.

The title track bookends the album in two parts, Pt. 1 taking a minimal approach and Pt. 2 pursuing a grand, imposing sound: both feature a plaintive synth melody and counterpoint over a downtempo pulse, and tweaks of the filter knob allow for a treble-heavy acidic timbre at points of maximum intensity.

Ideas of groove and danceability become central in the album’s middle section, with Traveller and Purr. The former is reminiscent of Four Tet’s upbeat material, a chunky 4×4 kickdrum underpinning languid pentatonic runs, demonstrating a vitality that Kieran Hebden has been missing in recent years. The latter rides a descending synth motif for the first half before swapping it with irresistible bass purrs (hence the name) over clicking and popping rhythms, a highlight of the record for its immaculate sound design.

At a time when the British dance scene is discovering the joys of breakbeat all over again, Ochre would surely fit right in next to Bicep or Franky Wah in a set, with its jittering, nervous plucks over lengthy strains of bass. The one song that feels relatively weak is Lithurgy, which descends into multiple flaccid drum breaks and does little to earn its runtime.

If this record is compared to 2017’s Embers and its seamless segues, in some senses Throwing Snow has reduced his ambitions, though it’s ultimately for the best as the listener is left with less filler and more killer.