Thundercat – The Golden Age Of Apocalypse 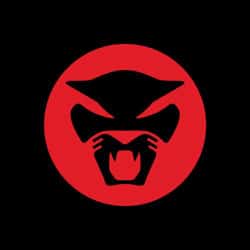 For some time now, ‘fusion’ has been a dirty word in virtually all areas of the music press. It’s in part because the ‘indie’ PR machine dominates the industry in the UK to the extent that any display of musical skill or technical ability is treated with suspicion or contempt, regardless of the wider purpose to which it is directed. It’s also in part because the jazz world also now dismisses the concept, often preferring to present jazz as an hermetic, detached scene even when its leading musicians are striving to take fresh inspiration from other forms and genres.

The extraordinary Stephen ‘Thundercat’ Bruner, bassist for Suicidal Tendencies, Erykah Badu and Flying Lotus (who serves as producer here), may at last have people reaching back for the works of electronic-era Herbie Hancock(especially Sunlight), George Duke (a cover of Duke’s For Love I Come is a highlight of the album), Weather Report,The Brecker Brothers or even the most reviled jazz commercialist of all Grover Washington Jr. .

This should not be too terrifying a prospect, however, for The Golden Age Of Apocalypse is thoroughly magnificent. Although there are plenty of moments to satiate the bass-heads (Bruner is a virtuosic bassist), any fears that his solo album might consist entirely of Jaco Pastorius-inspired rapid-fire bass solos are very quickly assuaged. Thundercat is a musician in the broadest sense – an excellent composer, arranger, singer and songwriter, influenced as much by Stevie Wonder as by Pastorius. The Golden Age Of Apocalypse manages to be consistently soulful as well as musically effervescent.

It is also a maverick, disorientating collection with numerous gear shifts. It’s a little more focused than FlyLo’s wonderfully wayward, attention-deficit cosmic explorations, but it’s clear that the great man’s production hand has been hugely influential here. This is no mere throwback to a bygone era of impossibly tight funk jams – it really takes fusion to more contemporary, often unexpected places, in the manner of the experiments made by Squarepusher in a similar area.

The great strength of The Golden Age Of Apocalype is its plethora of surprises. There is the irresistible squelch of Boat Cruise, but then there is also the subtle, melancholy Is It Love, on which Thundercat deploys harmonics to allow his bass to have a textural and chordal function. The closing Return To The Journey is rich and carefully layered, with a lush string arrangement and with occasional lifts provided by wind chimes and other percussion instruments.

The biggest surprises here are Bruner’s voice and, as a result of this, just how song-based The Great Age Of Apocalypse has turned out to be. Even the synth laden Daylight, which starts off sounding like a Hancock-esque retro-futurist instrumental, is bolstered by some lovely vocal harmonies. It is a bolt of breezy, summery joy, deftly handled and brilliantly produced.

If this is the sound of the Apocalypse, it’s the sound of a fiendishly inventive musician and his talented producer trying to squeeze in all the great ideas before armageddon hits. In fact, what most characterises this brilliant album is not doom-and-gloom prophecies but rather a sense of luxuriating in the wide parameters of this music – it’s a sensory and visionary experience.