Tiggs Da Author – Blame It On The Youts 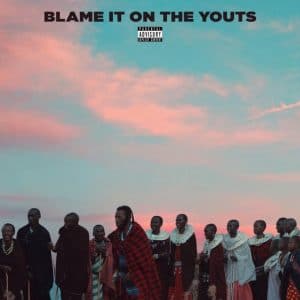 Black music from the mid-20th century occupies an interesting cultural space: while it was sidelined on an international level by the white-dominated rock scene, it’s now much better at creating a nostalgic, homely vibe than any Beatles or Rolling Stones tune.

Genres like Motown, funk and reggae also make a better fit for the current music scene, as while a band like Greta Van Fleet are mocked as posers, Portugal. The Man’s Feel It Still can rocket up the charts as if the musical stylings of The Marvelettes never went out of fashion.

Enter Tiggs Da Author, whose debut album delves into this history for both protest songs and audio comfort food. Hands Up is a light-hearted tale of infidelity set to The Isley Brothers’ That Lady, while We Ain’t Scared matches a rootsy, uptempo beat and bass ostinato with lyrics railing against the system (“You don’t want us to feel alright / you don’t want us to read or write / you don’t want us to seem so wise / I don’t understand”).

Brand New is a groovy tune in the vein of Uptown Funk, featuring charismatic delivery and occasional glimpses of sunny piano, but no other song fuses old and new quite as effectively as Suitcase Of Sins. As the song reaches its two-thirds mark Tiggs bursts into a fiery stream of ill will and resentment, the instrumentation building as if a pop-trap drop is just around the corner. When that momentum dissolves back into gospel-tinged atonement the conflict between vice and virtue is expressed on multiple levels, making for a powerful highlight of the album.

Aside from the ill-advised inclusion of Fly Em’ High, presumably intended as a bonus track, Blame It On The Youts is a strong collection from an artist with a lot of potential.