Tim Burgess – Oh No I Love You 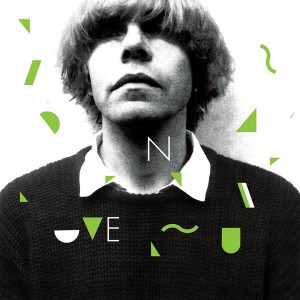 Ten years Tim Burgess has been waiting to make this album. Ten years since he acted as roadie for Kurt Wagner after a Lambchop gig in Manchester and suggested they work together. It’s probably fair to say a lot has happened to Burgess in those years. Hell, in the last two he’s had time enough to mark himself as a raconteur of brutal honesty and impressive memory (having written his autobiography) and a record label owner with a fairly unusual roster.

It includes people such as R Stevie Moore, legend of the American lo-fi scene, a man who has released more albums than Stock, Aitken And Waterman’s hit factory combined. It’s a label that’s making records like Nik Void‘s Gold E 7″, complete with a playable acrylic sleeve, cast from the record. Playable, but quite likely to destroy the needle of your record player. And that’s something that nods towards The Durutti Column‘s situationist joke sandpaper sleeved LP, designed so storing it with any other records would result in their destruction. Situationists: always fun at parties.

But given Oh No I Love You is the culmination of a decade long wait to work with Wagner, it’s not a particular surprise to find Oh No I Love You sounds a lot like Lambchop. You couldn’t really imagine Burgess finally getting to Nashville, grabbing Wagner’s lyrics, borrowing members of his band, getting Mark Nevens (producer of What Another Man Spills and Nixon amongst others) to sit behind the boards and then declaring: “Right. Dubstep time. Who’s got the thing which goes whomp?”

Not a surprise, and in no way a criticism. What is a slight eye-opener is to discover that the division of labour was such that Wagner wrote the lyrics and Burgess wrote the music – purely because of the feeling of intimacy that’s imparted in the delivery of the words. Particularly on numbers like A Case For Vinyl, where the resigned air of sadness that pervades as Burgess recounts the allegory of record collection as relationship can’t help but seem to come from personal experience.

That is a lovely song, and it’s one of many. And what’s really nice is that this isn’t an album which is desperate to proclaim its own brilliance, not one to blow its own trumpet. But that lack of brashness shouldn’t disguise from the fact that Oh No I Love You really does have a trumpet. A really ace trumpet. Literally in places, but figuratively, too. There’s a sense of discovering moments of wonder, rather than being shunted towards them. Moments like the end of A Gain, where a gospel choir coo the chorus and Burgess gently breaks in, his voice dry, cracking, urging them to repeat it, “again” and “again”. Or the bright soulful organ that dances through lead single White. Or the lush way that Tobacco Fields grows to an epic, yet subtle, windswept conclusion.

Oh No I Love You is lovingly crafted and softly spoken, and as such you can imagine it being missed. Which would be a real shame, because it really is a triumph. An underplayed, subtle triumph, but a victory nonetheless.