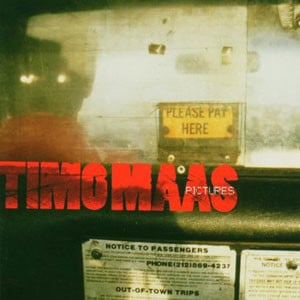 Imagine Chris Martin without the apparent weight of the world on his shoulders, or Thom Yorke overcome by a sudden bout of cheery optimism, and you cannot help but think their music would suffer as a result. To be taken seriously as a musician it helps to be an angst-ridden, tortured genius.

So when one proclaims “I couldn’t be happier,” you fear that they may lose their edge and plummet headlong into producing sickly sweet fluff. But before you start worrying about Coldplay teaming up with Crazy Frog to cover The Birdie Song or the Radiohead version of Happy Talk, this is a quote from dance kingpin Timo Maas, and in the realm of dance music, the bigger the grin, the better.

Maas first gained widespread attention with his crowd-pleasing remix of Azzido Da Bass‘ Dooms Night, a growling mix of filthy trance, dirty acid and Flat Eric bass squelches that somehow transcended dance music’s many sub-divisions. The German superstar DJ then followed in the footsteps of fellow deck-hands Sasha, Paul Oakenfold and Carl Cox by turning his hand to producing with 2002 debut, Loud, and recently enjoyed a sizeable hit with his take on Depeche Mode‘s Enjoy The Silence.

With Brian Molko, Kelis and Neneh Cherry on board to offer their vocal talents, Pictures certainly has a line-up that could see Maas replicate that success with his own material, but does the music have the strength to match the personalities involved?

Following the edgy intro of Slip In Electro Kid, Molko features on the sleazy title track with its chorus of “Take off your clothes / I wanna take pictures of you / boy”, and then recent single First Day which, while surprisingly pop-oriented, is also the track that unshockingly earns the album its parental advisory sticker. The androgynous Placebo frontman’s unique drawl lends itself well to both these and the oppressive drudge-rock of Like Siamese later in the album but Pictures is his only contribution memorable enough to potentially bother the upper reaches of the singles chart.

High Drama, featuring Neneh Cherry’s hypnotic wailing, is similarly well-produced and has a certain liveliness about it but as the halfway point nears and the choral, theremin-driven calm of Enter My World comes to a close, it is clear that this is not the dance album many may expect from Maas. Kelis collaboration 4 Ur Ears is danceable with its bass-heavy funk, but its heart lies in R&B, while Rodney P puts Release firmly in hiphop territory, the electronic element of many tracks remains understated rather than being given centre stage.

Anyone expecting an album of floor-filling club anthems from one of the most popular international DJs will be sorely disappointed, in fact only Big Chevy, with its rave-era, buzz-saw synths, satisfies on that level. But those approaching this album free of expectation will discover an eclectic mix of styles and genres, including the Madchester swagger of Devil Feel and the orchestral dance of Haven’t We Met Before which brings proceedings to a warmly uplifting close.

Maas says:”It’s important to prove that dance music can be pushed into new directions”, but in the case of Pictures that seems to involve pushing it away from its rightful place: the dancefloor, and it does precious little to give the genre a shot in the arm. This is an accomplished album of electro-edged pop, rock, chillout, hiphop and R&B, but it seems Timo Maas now enjoys playing rather than producing dance music. Experimentation is where his happiness truly lies.