Tindersticks – No Treasure But Hope 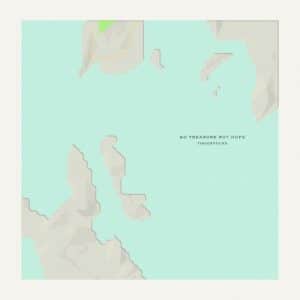 If it seems as if Tindersticks have been quiet on the studio albums front since 2016’s The Waiting Room, that’s perhaps because front man Stuart A Staples has since released two albums of his own. First came 2018’s solo work Arrhythmia, followed by a continuation of his working relationship with Claire Denis, this time with the soundtrack to her science-fiction movie High Life. The band as a whole meanwhile released the soundtrack to Minute Bodies: The Intimate World of F Percy Smith.

Tindersticks’ current line-up has solidified since the outfit’s resurgent second coming, and Staples has consciously changed the way in which they approach making music. Previously the process centred around writing songs, recording an album, and then finding that when songs were presented live that an often more grandiose live set-up sonically altered the music.

In contrast, this time the aim was to reverse this sequence, and essentially to record things significantly quicker. Accordingly the whole project went from initial notes being recorded to mastering in the space of five weeks. Staples wrote all songs at his home in Ithaca, Greece before assembling the band and having acoustic rehearsals, six days playing and recording in Paris, and then one day in London recording strings and brass.

If he’d hoped for intimate immediacy, he’s achieved it, for the resulting work on No Treasure But Hope sports renewed energy, even if it’s still unmistakably a Tindersticks album from beginning to end. The overwhelming sadness of some of their earlier work is absented in favour of something more upbeat, yet which takes nothing away from the emotional impact of the work, rooted in Staples’ altered ways with lyrics these days, as he explains: “For years I’ve never written words down, they’re just sung and written in my head. But a few years ago I started to write for the sake of writing words. I don’t use all of them but they hold the things I want to say at a particular moment, which allows me to go back to them and invite them into a song.”

The album opens with For The Beauty, a quiet ballad that would not sound out of place on earlier Tindersticks records. But by the time The Amputees starts the record’s different approach begins to be clear. The Amputees has some heartbreaking lyrical content, yet the music is positive and some of the most upbeat in Tindersticks’ extensive back catalogue. Trees Fall contrasts as a slow burn which builds instrumentally to a mesmerising orchestral conclusion.

Pinky In The Daylight is a lilting love song in the Burt Bacharach tradition, even having the token key change towards the end; “I think of Pinky as my first pure love song, which came as a surprise to me,” says Staples. See My Girls in contrast offers up a layered narrative that namechecks locations in something of a ‘list song’ format – the Eiffel Tower, skyscrapers in America, antelopes in Africa, the grave of Bob Marley among them – seen on long travels, and contrasts with “the most beautiful island in this world” in Greece. It could read as a homesick traveller’s letter to places and people distant.

The Old Man’s Gait by contrast explores father-son relationships, while Tough Love has a soul-ish feel to it, of a piece with work on A Simple Pleasure or Can Our Love… Interspersed between these songs are some of the more familiar Tindersticks style tracks of quiet musings sung over spacious instrumental arrangements. At times everything turns on just voice and piano, such as on the lovely closing title track and on Carousel, both of which are very much for low lights, red wine and final encores.

As an album No Treasure But Hope feels both familiar yet also a development. Emotional density to the lyrics pairs admirably with passionate, compelling music, and it’s varied enough to encourage engagement from beginning to end. “We’ll never be a young band again, or flavour of the month,” says Staples. “But in terms of connecting with the music, with people and with ideas, the last 10 years have probably been the best 10 years of the band.” That confidence is merited, for No Treasure But Hope is amongst the strongest albums Tindersticks have released.