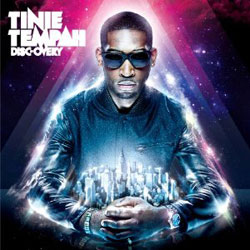 Dizzee, Dappy, Tinchy, Chipmunk: you’d think that the market for pint-sized purveyors of chart-friendly grime was well and truly saturated by now. But no: here comes another London rhymester who’s more likely to be allowed into the ball pool at a Wacky Warehouse than onto the Nemesis at Alton Towers.

Tinie Tempah’s debut is an expensive-sounding, meticulously produced mixture of rap, grime, electro and soul. He’s clearly had a lot of help from every jobbing guest vocalist and producer on the block, and as a result it’s a slick piece of work. Unlike many rap albums, it’s not overlong – no 20-track indulgencies or spoken word tributes to one’s maker here – and sustains its energy throughout.

A few dancefloor-oriented tracks (Miami 2 Ibiza, Wonderman) make up the best moments, with the harsh, kinetic electro-grime providing the perfect backdrop to Tinie’s fruity, Dizzee-esque squawking. But on the bulk of the album, there’s a deep division between the plucky South London rapper’s contributions and the lashings of over-produced dreck that his producers lavish upon him.

Essentially Tinie’s a cheeky lad who wants the world; and if he can’t have the world, then some cars and girls will certainly do. “I got a black BM / She got a white TT / She want to see what’s hiding / In my CK briefs,” he raps endearingly on Miami 2 Ibiza. Ready as he is to imagine himself in a world of LA clubs, horseshoe-shaped velvet sofas and buxom honeys wielding trays of Veuve Clicquot, never far from the surface is the little Herbert who’s just got a clip round the ear from his mum for taking the Lord’s name in vain.

There’s much fun to be had in this mix of braggadocio and bathos: “I got so many clothes I gotta store ’em at me auntie’s.” Taking his cue from Jay-Z, Tinie gives us endless similes, metaphors and quantitative comparisons, usually with a distinct UK twist: “I’m gonna clean up like a Dyson,” or “I got more fuckin’ hits than a disciplined child.”

Trouble is, this pleasingly diverting charm is interspersed on virtually every track with thick, sludgy layers of hideous strangled R’n’B drawling, usually Autotuned within an inch of its life. Much like when the blonde one out of N-Dubz opens her trap and undermines any credibility that poor old Dappy could ever have hoped for. Guest vocalists turn into guest robots, as though Boyz 2 Men had been replaced by Daleks. Even Kelly Rowland, who pops up on Invincible and patently can sing properly, comes out sounding like Davros in a booty-hugging swimsuit. And Tinie himself doesn’t emerge unscathed, being subjected to some cringeworthy and wholly unnecessary audio drag on Obsession.

All but a handful of the tracks on Disc-Overy are quite ruined by this appalling Black Eyed Peas gloss. Essentially the glitzy, diamante LA treatment shortchanges a smart and gifted British artist, rendering Disc-Overy an album for low-riding gym-rat numpties, destined to be blared out of souped-up Golfs on suburban housing estates nationwide. What a shame, because underneath all this nonsense, there’s a talented little fella waiting to get out.