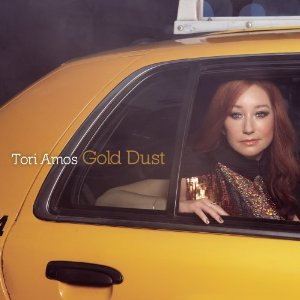 As a child, Tori Amos seemed destined for a career as a classicalmusician. A prodigiously gifted pianist and mezzo-soprano, she had ascholarship at the Peabody Conservatory of Music in Maryland beforeleaving at the age of 11, apparently, Ms Amos asserts, because herinterest in rock and pop music was deemed unhealthy by theConservatory’s stuffy guardians.

Nearly 40 years later, and with two decades of significantsuccess as one of the most enduringly popular femalesinger-songwriters of her generation under her belt, Amos has comefull circle and re-embraced the genre where she first excelled. Thisprocess started with her last album and her first for classical labelDeutsche Grammophon, 2011’s Night Of Hunters, but while the songs onthat record were often dense and impenetrable, Gold Dust sees Amosrevisiting her extensive back catalogue to create something altogethermore accessible. 14 songs from her career, selected by the artistherself and arranged by long time collaborator John Philip Shenale,are reworked in orchestral settings to serve up what’s essentially aBest Of with bonus strings and woodwind.

The common link between Night Of Hunters and Gold Dust is thepresence of Holland’s esteemed Metropole Orchestra, conductedby Jules Buckley. With her background, it’s perhaps unsurprising thatAmos’s compositions adapt well to the classical treatment, but anotherreason these reinterpretations generally work well is that Metropole’sclassy, understated playing is never allowed to dominate the centralelements of the singer’s trademark piano and voice.

Amos’s early songs remain her most captivating and Gold Dustfeatures two veritable classics from her 1992 breakthrough LittleEarthquakes, the haunting Winter and the bruised, defiant Silent AllThese Years. Both songs are blessed with unforgettable melodies andarguably showcase Amos’s combination of Kate Bush-indebtedvocals and provocative, occasionally eccentric lyrics better thananything that was to follow. Overall though, this retrospectivefeatures a wide range of material from across the singer’s long andvaried CV.

Other inclusions range from gems such as Under The Pink’s CloudOn My Tongue, with the orchestra swelling and rising impressively tothe refrain of “circles and circles and circles again” to morebaffling choices like Star Of Wonder from Amos’s ill-advised 2009Christmas offering Midwinter Graces. Any artist with a significantbody of work to select from will inevitably provoke debate from fanswith their own views on what should and shouldn’t have been included,but Amos deserves some credit for avoiding the temptation to make thisBest Of a Greatest Hits.

The one big drawback of Gold Dust is the danger it may provoke a‘so what’ reaction, simply because for all of its polish, it doesn’treally take the listener anywhere that interesting. Unlike theMetropole Orchestra’s recent collaboration with Basement Jaxx,which radically revised the Brixton duo’s best-loved tracks intosomething fresh and new, these versions of Amos’s songs don’t reallytravel far from the originals. Granted, there’s a lot more room toexperiment when melding two styles as disparate as progressive houseand a classical orchestra, but nevertheless listening to Gold Dustdoes beg the question – pleasant as this exercise is, how much does itactually develop or improve what were some excellent songs to startoff with?