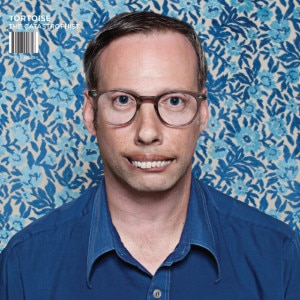 Millions Now Living Will Never Die, the second album by Tortoise, released almost twenty years ago, saw the Chicago five-piece build, and extravagantly so, on the sketchier foundation of their self-titled début.

Stretching those shorter dub-heavy experiments to their natural conclusion over the length of the first side, the imposing Djed shifted from cavernous bass through brief stabs at minimalism, systems music and tape-loops.

But it was The Taut And Tame – matching the lean discipline of East Coast hardcore to cool vibraphone – which would signpost more clearly the sharp change in direction drummer and producer John McEntire would take next, on 1998’s jazzy career-best TNT.

The knowingly-titled Standards continued along this path, with a more defined electronic edge, and it’s one to which the band have stuck since, to lesser (2004’s limp It’s All Around You) and greater effect, when 2009 saw the release of the ragged, questing Beacons Of Ancestorship and a slot at the London Jazz Festival.

The Catastrophist, the band’s first album in almost seven years, originated in a commission from the City of Chicago seeking pieces reflecting the area’s ties to jazz and improvised music; it’s easy to see why their industrious clatter and shifting time signatures might be an obvious fit to celebrate that toddlin’ town. Those basic themes have now been fleshed out, and the result is the band’s cleanest, most focussed effort in some time, with the majority of tracks under five minutes.

After an 8-bit fanfare, the title track settles into a proggish furrow typifying the album’s largely unhurried, uncluttered instrumentals: atmospheric, if not as engaging as a typical Tortoise opening track. Ox Duke follows, similarly languid; the tribal toms clattering towards its close are more interesting, but a little late. Better are Shake Hands With Danger, a hypnotic gamelan groove lacerated by viciously overdriven analogue synth, and Hot Coffee, which could be an art-funk outtake from Talking Heads‘ Speaking In Tongues.

Gesceap benefits from a seven-minute length, the slowly developing synth and guitar lines pulling gently against descending bass and drums which push back, driving to a whirling crescendo. But the fidgety interstitial Gopher Island feels like an unnecessary aside, while The Clearing Fills starts well but fades into feedback and noise, failing to hide a dearth of ideas.

Normally wholly instrumental, Tortoise have occasionally used vocals – their album of eclectic cover versions with Bonnie Prince Billy for example – and the two vocal tracks here represent the most marked – and most satisfying – deviations from their prior direction. Although the idea of Tortoise recording a straight-faced David Essex cover might surprise some, Rock On always was a remarkably odd-sounding hit, and the minimal, bass-heavy feel is a great fit. (Besides, were Essex’s indie-cool credentials ever in doubt? Michael Stipe has claimed R.E.M.’s Drive was based around Rock On, not to mention that David has recorded with Saint Etienne.)

More refreshing still is Yonder Blue, featuring Yo La Tengo’s Georgia Hubley. The serenely coo-ing intro washes in – a reminder that McEntire was a member of both The High Llamas and Stereolab at their mutant/mellifluous peak – before becoming an unpretentiously lovely soul ballad, only let down by what might have been: the lead spot was originally offered to the then recently retired Robert Wyatt.

Although there’s a lot to enjoy here, with the band on something like the crisp, playful form of TNT, the best moments seem out of place and the rest a bit meandering; while previous releases have always felt thematically strong, even while jumping stylistically from Ennio Morricone soundtrack-isms and cool jazz to downtempo grooves and minimal drum and bass, it’s hard to pin down exactly where this is aimed. That title might suggest sudden, explosive change, but The Catastrophist is more of a diversion.

More on Tortoise
Tortoise – The Catastrophist
Tortoise – Beacons Of Ancestorship