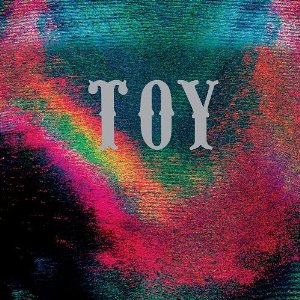 As a child did you ever press your fingers into your eyes so that you saw patterns of lights? No? Well, you’re missing out. Do it now. Go on. Shut your lids, put pressure on your eyeballs and stare at the patterns which emerge out of the darkness. Complex fractals spawning across the endless dark space of your vision, infinitely repeating across your horizon. Kind of groovy, right? Well, that is a visual representation of what TOY sound like.

Look at that. We’ve made an interactive review. We’ve broken through the fourth wall. Transcended the prison of dusty nouns and adjectives and provide detailed instructions on how to provoke a physical response which mirrors that which you feel upon listening. This is it. It’s the wave of the future. Of course, you won’t be thanking us when we turn this power on the new album from James Blunt. Not unless your name is Leopold von Sacher-Masoch.

TOY make their point on this album, and they make it very, very well. A lot has been said about their affinity to The Horrors, or at least The Horrors of their last two albums, and there’s definitely a shared love of a number of influences. There’s the krautrock drive that keeps songs pushing on relentlessly. There’s the shoegazing nod in the triumphant arc of shimmering sounds, and melodies that glitter throughout. But there are other things in the maelstrom here. There’s hints of The Cure‘s doomed search for love, particularly in the ghostly Walk Up To Me, and even a suggestion of new-romanticism in the delicately swooning caress of the synths in My Heart Skips A Beat.

The most striking thing about it though is how absolutely uncompromising it is, something more impressive given it’s a debut. Although, it is worth remembering that three out of the five members were originally in ill-feted indie-hype-experiment Joe Lean and The Jing Jang Jong, who did make it as far as recording an album, if not actually releasing it.

So the career parallels with The Horrors are perhaps more parallel than it initially seems. One album to get out of your system before turning onto your more preferred road. But in both cases the most important thing is, regardless of the route that was taken, the end destination is immense. There’s not a weak track on here. Be it the sawing blasts of guitar that rushes you through the poignant Lose My Way, the spiralling vortex of Dead & Gone, upon which you helplessly bob along in or the careering momentum of Kopter, it’s never anything other than intoxicating and brilliantly realised.