TV On The Radio – Seeds 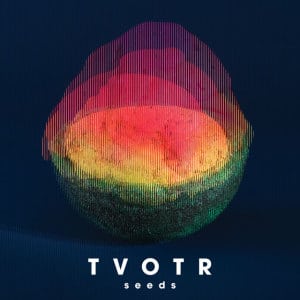 Barely a week after TV On The Radio’s fourth studio album Nine Types Of Light arrived in April 2011, bassist Gerard Smith – who had initially been recruited by singer Tunde Adebimpe after busking in New York’s subway – was tragically taken by lung cancer at the age of just 36.

Over two years passed before we heard from them again, Smith’s death no doubt a contributing factor to their understandable absence. But then, in the latter half of last year, something quite enthralling emerged – the brilliant, all-action, fast paced single Mercy. And then before you could blink, another appeared in the shape of slow burner Million Miles.

So it’s with some bewilderment that album number five has taken another 14 months to surface, the singles initially thought to be the prelude to something imminently bigger. And with neither effort featuring on the new twelve song collection, the band appear to be supremely confident that their presence isn’t required in order to beef things up: surprising considering just how good Mercy is, in particular.

The majority of songs have been stitched together from snippets recorded by Adebimpe by various means whenever anything popped into his head – “every one a hit”, he claims. And by all accounts, it looks like he might have a point.

Album opener Quartz leads the way into a sparkling gem of a collection, the first four songs creating their own independent crescendo of quality. Unorthodox train-bell like percussion and handclapping create an intriguing effort before the second single lifted from the album appears, Careful You, a heavily synth-backed highly enjoyable cut. Next, the compellingly upbeat Could You thrills with melodic verses – where Adebimpe’s vocals sound simply stunning, the clarity and tone complementing the instrumentation perfectly, before a brass synth fanfare alongside electric guitar elevates the track to a higher level. Completing the quartet is the best of the lot, lead single Happy Idiot: a rapid, ticking beat, simple drum pattern, guitar touches, twanging bass and sublime vocals create infectious pop mastery akin to Bloc Party.

Recorded in Los Angeles at guitarist (and producer) Dave Sitek’s home studio their work has been described as being “fun” this time round, free from the pressures of working in the normal New York environment they’re used to where time is money. And it shows all over the record.

The quite excellent Ride bursts into life after two minutes of eerily atmospheric piano chords and cello sounding synths; a foot-tapping beat couples with staccato keyboards awash with synth-chords as more heavenly melodies help showcase Adebimpe’s breathtaking vocals once again. Renowned for their eclecticism within their albums, nothing sounds the same from track to track: Right Now benefits from an almost dubstep beat, whilst heavily fuzzed-up guitars permeate throughout another masterpiece, Winter. The energetically charged Lazerray thrills with its racing beat and electric guitar buzz – another single, surely – before the gorgeous Trouble (where “everthing’s gonna be OK”), and then the shimmeringly beautiful title track, bring the pace down for the album’s conclusion.

Like the best, and essential, TVOTR albums – generally accepted as being Return To Cookie Mountain and Dear Science – the songs here fall into a number of categories: instant pleasure (Happy Idiot, Lazerray), more subtle growers (Seeds, Winter) and everything in between. With Adebimpe claiming that he has literally thousands of these voice-memo snippets still untouched, the potential of more essential albums from the Brooklyn boys surfacing seems mouthwateringly possible. Meanwhile, Seeds is destined to grow and grow. Exhilarating stuff.