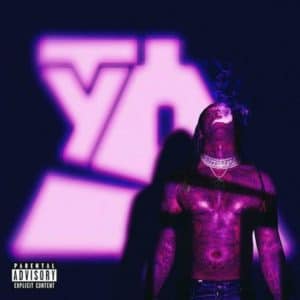 In the increasingly large venn intersect where rap meets R&B, Ty Dolla $ign has a versatility that has kept him in demand for many years. His voice is rugged but soulful and, much like T-Pain, his singing uses Auto-Tune as a tool rather than a crutch. His newest release is an hour-long suite that aims to pack in as many hooks, guests, melodies and trap beats as possible, and succeeds with flying colours.

Opening track Status dazzles with its luxurious instrumentation and lyrics about getting whatever you want: the subject matter is hardly novel, but the fairytale-style intro (“Could this be everything that I dreamed of? / could this be beyond my wildest dreams?”) adds another level of potency. Elsewhere Tyrone 2021 updates Erykah Badu’s classic live recording from the perspective of the guy Badu kicks out (Big Sean) and his friend Tyrone (Ty himself), a nice concept that’s very well executed.

Track 6 is deliberately misleading in its nondescript label, a wild ride through multiple artists and their respective styles, from Kanye West and Ty’s trap beats to the rootsy grooves of Anderson .Paak through to Thundercat’s trippy harmonies. It makes Ty Dolla $ign’s involvement in most of the album’s production all the more impressive, and this ambition frequently elevates the tracks from standard radio fare to something much more lush and emotionally weighty.

Ego Death, the star-studded lead single from the record, feels more like a bonus track tacked on to the end – its production is brilliant, drawing from the same soundworld as West’s Fade, it’s just a shame that West’s verse is so mediocre. This doesn’t, however, preclude Featuring Ty Dolla $ign from being a standout rap/R&B release of 2020, and yet another indication that Ty is going from strength to strength.