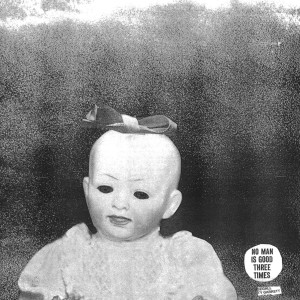 Blimey! For a so-called ‘slacker’ does this guy ever stop? Hot on the heels of last August’s Manipulator album comes his latest opus, Emotional Mugger, proving that, as modern renaissance men of psychedelic garage bands go, Ty Segall is not one for resting on his laurels. And if he’s not releasing under his own name, he has a number of other pies in which to whet his musical whistle, including Fuzz, Broken Bats and GØGGS.

Typically perverse in his press for this album, he describes emotional mugging (with tongue firmly in cheek) as being, “non-verbal, non-physical exchanges in the age of digital intimacy”. The accompanying video trailer sees him backed by regular collaborators Mikal Cronin, Emmet Kelly, Evan Burrows, Cory Hanson and Kyle Thomas, with Segall masquerading as the scary baby-masked preacher figure of ‘Sloppo’. Fun was definitely had here, and if the audience aren’t with the joke they’re surely the butt of it.

Segall’s trademark of full-pelt, psyched-out rock (that’s rock, not ‘rawk’) is scatter-gunned throughout this album, but it’s no Neanderthal clubbing. Nuances of glam, psych, prog, punk, metal, garage, grunge and pure noise weave their merry way into the tunes without sounding out of place or shouting for attention. Time signatures stop and start, electronics fizz and bang their way in and harmonies fall out of the sky. It’s a glorious slab of noise that grabs your gut while shaking your head in its hands.

Squealer glams it up (in its first incarnation) with choppy chords, backwards guitars, frantic soloing, fuzz and the kitchen sink being stirred into a dense blender of fan-friction. It later appears in a louche lounge lizard mode looking to steal your girlfriend and get you slow-clapping along.

This is not an album for chin-stroking, but one to be experienced and let yourself be taken away in its sonic assault and invention. It directly shuns the crafted elegance of Manipulator to get down and dirty, back to before the basics to pick jewels from the primeval sludge.

The restless California Hills tries to trudge along in a proto-Black Sabbath doomfest before having a little time signature scamper to offset the mood. Riding a sea of thick, greasy riffs and spaced-out oscillators, The Equals cover Diversion hides a bushel of harmonies and a keen ear for a pop tune, while Baby Big Man’s playful traipse through pastoral psychedelics is always at threat of getting bludgeoned by the looming guitars.

The nasal Mandy Cream sneers its messy path along a lumpy rhythm, and Candy Sam is an attitudinal bubblegum pop from The Stooges stable, full of everything artificial, nasty and addictive loping along with a legs-akimbo groove and monobrow drumming. Only the inconsequential ‘album reprise’ track W.U. O.T.W.S. is surplus to requirements, being a phased out collage of what has gone before. The ‘mugging’ ends with the more sedate The Magazine, where Segall is backed by an ominous bass thrum and frantic clapping.

Emotional Mugger is a wild-eyed beast of a record; unafraid to stamp through the effects pedals with a delirious glee. It’s the sound of a ‘garage band’ plugging in, turning it up and rocking out like bands used to do, before getting prissy and career driven. New album next week then, Ty?