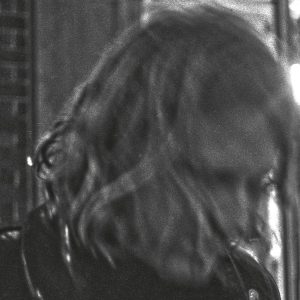 Ty Segall dances to his own thrillingly distorted tune. Since 2014’s Manipulator, an album which took 14 months to complete – a lifetime in Ty World – and was touted upon arrival as his potential commercial breakthrough, Segall has returned to releasing noisy records with the regularity that many of us do a Big Shop.

He’s put out an only occasionally inspired, 70-minute slog-fest with power-trio Fuzz (Fuzz II), a 25 minute full-pelt punk record with GØGGS, as well as the most batshit berserk entry in his discography to date, Emotional Mugger. Backed by the Muggers – a veritable Who’s Who of the San Francisco psych-punk scene, including Mikal Cronin, King Tuff, Cairo Gang’s Emmett Kelly, Charlie Moothart of Fuzz and CFM, and Wand’s Cory Hanson on off-the-chain keyboards – Ty widened his frame of reference, channeling Captain Beefheart and The Residents on bracingly heavy lo-fi recordings.

He even threw in an inspired cover of Eddy Grant‘s Diversion for good measure (who was expecting that?). The Muggers live shows were enjoyably riotous affairs, and though it would have been nice to see more of Ty with a guitar strapped round his neck (one of rock’s most electrifying sights), he was clearly having a whale of a time, punching the air, goading the crowd, relishing having the band of his dreams around him.

News that the majority of that band would return for this new record was most welcome, as was the announcement that the songs would be played as a band and recorded straight to tape with no overdubs – an approach which worked so brilliantly on the Ty Segall Band’s Slaughterhouse LP. Getting essence-capturing, energy-bottler Steve Albini in to press “record” felt like the perfect choice, setting up the enticing prospect of this being Ty’s Albini Album, à la Surfer Rosa, In Utero, Rid Of Me or In The Belly Of The Brazen Bull. Making it a self-titled LP (his second, following his 2008 debut) also felt significant: perhaps this wouldn’t just be the Albini Album, but the Definitive Ty Segall Statement. It’s fair to say that expectations were high ahead of dropping the needle on this one.

Joyously, Break A Guitar meets those expectations: packed with dynamism, power and electricity, it’s an exemplary example of both flailing abandon and complete control. Its key line, while also working as a shout-out to the label that put out records by Fuzz and GØGGS, is a near perfect distillation of Ty Segall’s attitude and approach: “I was made IN THE RED!” An absolute Ty classic. The Only One is similarly ferocious, with pummelling bass and drums and two wallpaper-stripping guitar solos.

The punchy, proto-punk of Freedom leads into one of the most ambitious tracks to appear on a Ty Segall record, the 10-minute Warm Hands (Freedom Returns). The band demonstrate how skilled and together they are, shifting effortlessly through multiple phases – some slow, some fast, some quiet, some loud – before breaking down into a jazzy interlude. They then crash back into the main refrain of Freedom; it’s an incredibly exciting moment – the band returning with more power than ever – but is sadly over all too quickly, replaced by another minute or so of noodling. That feeling of being short-changed intensifies as the underwhelming, country-tinged Talkin’, complete with underwritten chorus (“I think you’re talkin’, talkin’ about yourself” repeated four times), lumbers into view.

After the wild experimentation of Emotional Mugger, Segall returns to two familiar touchstones on this record: T-Rex and The Kinks. He’s at his most romantic and Bolanesque on Orange Color Queen, a lazily beautiful acoustic warbler about a “beautiful and lazy lady” that would fit snuggly between Planet Queen and Girl on the second side of Electric Warrior. “The morning sun wants to know where you’ve gone”, he sings as a bright, golden solo appears on the horizon. He’s talked about how listening to The Kinks’ tales of middle-class misdemeanours spoke to him growing up in Orange County. He covered Till The End Of The Day with Fuzz in 2014 and provided a version of Waterloo Sunset to the latest Mojo covermount CD. Seemingly independently, he’s arrived at the same destination that Supergrass did 20 years ago on I Should Coco, playing Ray Davies-like character studies and social commentary at breakneck speed. Thank You Mr K is a glass-smashing joyride of a song, with Ty taking the titular character, both literally and figuratively, “for a ride.” Papers, featuring Kinksy piano, is a melodic oddity, Segall’s attempt at an English accent coming off as wacky and ill advised.

“Take care to brush your long hair, when you can’t brush it any longer, it might just disappear”, he croons on Take Care (To Comb Your Hair). Hair is a recurring theme in Segall’s work, a symbol of energy, youth, personality, freedom: to lose it, in his eyes, would be the ultimate act of carelessness. It’s a fun but throwaway number and certainly not a satisfying climax to an album. The album ends for real with Untitled, 13 seconds of an aborted intro followed by laughter – a final reminder that this was a record made in the moment by some friends having fun in a room.

Ty Segall, then, isn’t too interested in making definitive statements, more capturing moments in time. Despite a few too many lacklustre and inconsequential tracks, there are some incredible highs here and songs that will sound phenomenal when played live. Perhaps that’s enough. As for the next moment, we won’t have to wait long: the follow-up is apparently already in the can.