by Ben Hogwood
published: 11 May 2015 in Album Reviews
Tweet 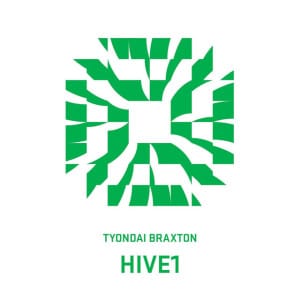 In a recent interview with the New York Times, Tyondai Braxton spoke compellingly about the relationship he had with his father, the saxophonist Anthony Braxton, and how he consciously wanted to distance himself musically as he grew up.

With his work as effective front man of Battles, and as composer of Central Market, a fascinating and incident-packed orchestral album released on Warp in 2009, he bears out his convictions. Yet despite a proclaimed love of orchestral music, the currency in which he feels most alive, we find Braxton here in a soundtrack to an installation that breeds electronic music of both intimacy and near claustrophobia.

The installation itself, HIVE, began at the Guggenheim in 2013 and went on to visit the Sydney Opera House. It was a multimedia affair incorporating a live performance from a quintet of performers, each sat on an illuminated pod in the relative darkness. Electronics and percussion instruments were to the fore – though unfortunately none are obviously credited here.

With these constraints in mind Braxton effectively found himself writing chamber music, but the music for HIVE1 shows how he adapted to those environs to make both descriptive and imaginative solutions.
There is often an incessant electronic or percussive chatter to the music here, situated in the middle foreground but supplying a continuously nervous current of energy. Numbers like Studio Mariacha thrive on this forward motion, flitting across the stereo picture with a fast dance beat that implies a long and consistent work out, before then cutting off suddenly to leave the music high and dry.

Thankfully there are moments where the musical camera pans out a little. K2 surrounds the listener with tidal waves of sound, which would doubtless have carried a powerful impact when experienced live. The vividly descriptive and really quite ominous landscape of Outpost becomes the most interesting and engaging sound picture, its palpable unease created through what feels like a vision of the open road tampered by an unnamed force on the attack. Meanwhile a sudden expanse becomes evident in Boids, the busy percussion put into a new perspective.

Overall though HIVE1 is a little too disparate in its construction to fully appreciate through home listening, and would doubtless be a lot more meaningful in the live environment for which it was written. Yet it is an interesting document reminding us where Braxton has come from, if not fully anticipating where he might be headed in the immediate future. The fact he spends a lot of time with Varèse orchestral music at the moment suggests his next work will be well worth seeking out.