U2 – No Line On The Horizon 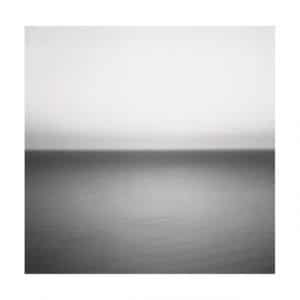 During 2001’s Elevation Tour, Bono joked that U2 were once again competing for the title of World’s Greatest Rock Band, in reference to their foray into dangerous territory with the disco-techno Pop album. Knocking off all competition in all rounds, the band has since maintained the status.

What’s more, 30 years after it all began, U2 are still inspired, constantly reinventing their sound and rebooting the institution that they’ve become. And it’s all due to a trio of producers.

For No Line On The Horizon, the band had initially begun working with legendary producer Rick Rubin, but the sessions were scrapped and they returned to their usual collaborators, Brian Eno, Daniel Lanois and Steve Lillywhite. Certainly an effective formula, for the trio have always been at the helm of every single one of U2’s sonic renaissances: from the atmospheric The Unforgettable Fire to the Weimar-Wenders wanderlust of Achtung Baby. No LineOn The Horizon stretches the band even further, to places where no boundaries exist.

While 2004’s How To Dismantle An Atomic Bomb was a back to basics rock album, No Line On The Horizon sees U2 taking risks once again, yet at a measured pace, treading with the carefulness that comes with experience. While the debut single Get Your Boots On is a full-on, wham-bam whirlwind song, it takes a few listens to fully grasp and appreciate the drama, comedy and colourful textures of the rest of the album.

Some are explosive, others are more spiritual. Like Led Zeppelin, U2 have found the line between the Occident and the East and blurred it. The album kicks off with the title track, its strongest, wackiest debut since Zoo Station, alternating between desire, desperation and urgency, while Bono’s voice is bursting, ready to crack on a new horizon. The riffs are reminiscent of The Fly, and the Achtungesque influences carry on in Magnificent, coupled with Kraftwerk synths. Its energy evokes War; so do its statements: “I was born to sing for you/I didn’t have a choice.” Glad to hear that.

There’s Bono the poverty-fighting, Blair-and-Bush frequenting activist and there’s BonoThe Ultimate Rock Star. “I don’t wanna talk about wars between nations,” he declares in Get Your Boots On. Instead, he opts to chronicle his travels: He is on a spiritual quest in Fez (Fez – Being Born), a modern-day war-reporting Hemingway in Beirut (Cedars Of Lebanon) or simply his existence (“Escape yourself and gravity,” he wails on Unknown Caller),echoed throughout in Eno’s moody atmospherics and Adam Clayton’s thick basslines.

There is something almost palpable in the overall sound, led by The Edge’s fevered guitar, often reaching fever pitch and making us wonder who the vocalist really is: Bono’s vocal cords or Edge’s six chords. A question answered in the latter’s favour on Stand Up Comedy, where a gargantuan pop meets rock: Think of The Beatles‘ Sgt Pepper’s colliding with Revolver. The guitar screeches and transforms into a sonic monster, and it’s very hard to not drown along in its frenzy, until Larry Mullen’s fierce, military drumming brings in some air on Breathe, one of the best tracks.

U2 have reached the point where anything they do will be, at least in some quarters, heralded as a masterpiece – or as Bono puts it, “our best album ever.” While he’s not entirely right, U2 have at least the integrity to not simply live off their laurels and explore other possibilities, all the while keeping one foot in their glory days and one in the uncertainty of the future (what’s next?).And as far as exploration goes, U2 seem to have finally found what they were looking for.