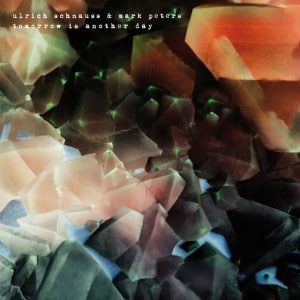 Schnauss did at one stage join Engineers as the shoegazers continued on from their impressive 2005 eponymous debut with the excellent Three Fact Fader, before a considerable line-up change included the arrival of Schnauss on keyboards. 2010’s In Praise Of More marked a change in style as the band branched out from its shoegaze roots towards a more ambient residence.

Underrated Silence took the ambient ingredient and developed it further, with lashings of beauty adorning the musical simplicity of Schnauss’ electronic ambience marrying with Peters’ distinct guitar sound. There were whiffs of Tangerine Dream, The Cure and Boards Of Canada as well as the occasional nod back to Engineers, but with much of this type of music, there was a similarity between tracks.

And that’s exactly how this latest effort begins. Slow Southern Skies glides in courtesy of electronica before a simple, repetitive acoustic riff lends a hand; it paints a serene, relaxing picture like that of music for meditation – so far, so not exactly inspiring. Things don’t really change with the title track; repeated plays will reveal further layers and new sounds missed the previous times with every play, as with many tracks here, but it can be a chore to persevere with and, despite clear passages recalling Engineers, it sounds like something is missing.

Das Volk Hat Keine Seele is built around a constant repeating wobbly synth line and is a better effort – but it still seems to be yearning for something, perhaps some kaleidoscopic psychedelic multi-coloured visual accompaniment would bring it to life. Inconvenient Truth is built around a faster tempo, the beat recalling Beloved and subtle, early injections of guitar sounding like New Order as the samey feel is at last broken.

One Finger And Someone Else’s Chords unfortunately returns to the mundane, offering very little in lasting appeal with its spacey meanderings that struggle to find a worthwhile direction. And Jean Michel Jarre memories are evoked with Additional Ghosts before Peters’ acoustic layers help to create another gentle, turn-the-lights-down-low moment; it’s soothing, for sure, but offers little other than a medium for relaxation.

The highlight by a country mile is Walking With My Eyes closed, also being the only track to feature vocals. Its early stages walk a similar path to what’s gone before but the introduction of vocals instantly improves proceedings. Robotic verses voiced by Schnauss and a shoegazey chorus featuring Peters’ familiar hushed vocals create appealing and contrasting textures.

Rosmarine returns to the blandness though, simply feeling like an after-effect of what’s gone before, like wake following the passing of a ship; Bound By Lies benefits from a stronger guitar presence that leads into primitive sounding keyboard touches and a repetitive, pulsing synth line. At times this sounds like a weaker Kraftwerk piece, but it goes on a little too long at six plus minutes. There’s Always Tomorrow ends the experience in stronger fashion as its intricate synth melody couples with twinkling electronica, combining beautifully before Peters’ superb guitaring bursts in like a piece of Mike Oldfield guitaring on Tubular Bells.

Unfortunately, this collection falls short of what both artists are capable of, offering only mere glimpses of their talents; both have created far greater work and, despite the blandness of similarity being partially erased as those repeated plays uncover the layers, there is little here that touches earlier career highs. Instead, Tomorrow Is Another Day suffers more often than not from dreaded self-indulgence.