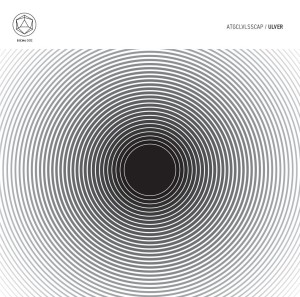 Since their beginnings in the Norwegian Black Metal landscape back in 1993, Ulver have never been much for resting on their laurels. They’ve constantly pushed at genres boundaries, and looked to move their music (and artistry) into as many different and new arenas as possible.

ATGCLVLSSCAP is perhaps their most ambitious work to date, and finds them out on the peripheries expanding their sonic palette whilst moving into the space beyond post-rock. With this album, Ulver are reporting back from the very edge.

The genesis of ATGLVLSSCAP started in 2014, when the band played a series of 12 shows with the focus set on improvisation and exploration. From these shows they took multi-track recordings which form the basis of these songs, and worked on them in the studio. The usual divisions between live performance, creation, and the assured finality of studio recording are, therefore, somewhat redundant, or at the very least blurred, with these pieces. The result of these sessions is an 80-minute behemoth that covers a staggering amount of ground and proves, as if proof were needed, that Ulver are once again at the top of their game.

The album opens in soft focus, a peal of bells ushering in England’s Hidden, its oscillating haze created by a serene drone that hangs in the ether like a fine mist catching and reflecting the first light of the dawn. It’s a spectral and elegant opening to an album and one that despite its languid appearance, demands attention and concentration.  As soon as it segues into Glammer Hammer, the pace picks up, as Ulver find the biting point between voodoo ritual, Jan Hammer’s Miami Vice, and Sunn O)))’s drone spectacle.

From there, they segue into the brooding psychedelia of Moody Stix, a track that appears to reference Carl Orff, Pink Floyd and Fela Kuti whilst sounding like a funky naval battle being fought on the high seas of the underworld. The space-rock exploration of Cromagnosis follows, and with its insistent rhythmic pulses and hazy tones, it slowly crafts a monolith of cosmic enlightenment from primitive beginnings and impulses.

The atmospheric swirls of The Spirits That Lend Strength Are Invisible provides a brief dreamy break, and indicates something of a change in direction as the shaman like invocations and undulations of Om Hanumate Namah also introduce voice as a major part of the instrumentation. Desert Dawn’s minimal meditations are not without depth as it combines primitive percussion, sci-fi synth, and church organ cadences. If there’s a point to be made with this album, it’s all there in those signifiers.

As the album reaches its conclusion, Ulver do make a few concessions to what might be considered conventional song structure. The most obvious example of this comes in the shape of the re-tread of their own song Nowhere (Sweet Sixteen). The original (found on 2001’s Perdition City) is fairly sparsely arranged and is in contrast to the reworking here, stark and direct. This reworking is expansive, elegant and quite haunting, and shows just how far the band has come in the last 15 years.

In a similar vein are the dreamlike tones of Ecclesiastes (A Vernal Catnap) a song that is, for want of a better description, post-soul, should such a thing actually exist. It’s Planet Caravan, stretched beyond all reason, and lamented by Seal. The fact that it doesn’t resolve suggests that immersion seems to be the key purpose of this song, and indeed the entire album. ATGCLVLSSCAP is an album that explores the cosmos through a series of dichotomies. It is instinctive but planned, primal but enlightened, and hazy but focused. The only sure thing about it is that it is Ulver’s finest work to date.