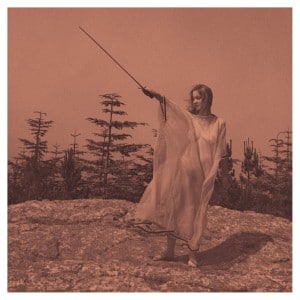 Unknown Mortal Orchestra first came into existence with the captivating, psychedelic rock of Ffunny Ffrends, a song that was posted on singer and guitarist Ruban Nielson’s Bandcamp profile in 2010. There was very little information about the band or the song at the time, but since then the mysterious trio have released their self-titled debut album in 2011, which brought them critical acclaim and exposure. With success came a move to well-respected indie label Jagjaguwar and added expectation ahead of their second album, appropriately entitled II.

The signs ahead of Unknown Mortal Orchestra’s latest album were very promising as well, with early singles Swim and Sleep (Like a Shark) and So Good At Being in Trouble creating even more anticipation. Yet any concerns that Nielson, Jake Portrait and Riley Geare would struggle to live up to the hype are dismissed within the opening minutes of II. From The Sun kicks the album off with a beautifully understated melody, as its sliding acoustic guitar lays the basis for Nielson’s warm, distorted vocal, as he sings: “Isolation can put a gun in your hand/ if you need to you can get away from the sun.”

The impressive opening continues into the album with those excellent singles Swim and Sleep (Like A Shark) and So Good At Being In Trouble, with both continuing the laid-back and mellow start to the record. The intricate guitar work combined with the checkered beat on the latter, in particular, makes it one of the album highlights, as Nielson continues to explore the theme of isolation in his lyrics: “Now that you’re gone/ it’s been a lonely, lonely time/ it’s a long, sad lonely time.” Undoubtedly the mastermind behind Unknown Mortal Orchestra, Nielson shows more honesty and fragility through his lyrics during the band’s second album.

The dreamy, psychedelic warmth is continued with The Opposite Of Afternoon, which comprises of a twisting guitar riff and Nielson’s soft, delicate vocal. It’s not as strong as the opening of the album, but it adds to the feeling that II is much more accomplished and less rough around the edges than Unknown Mortal Orchestra’s first album. However, II is not flawless. A heavy middle section of the album centres on the dark, crunching riff of No Need For A Leader, which seems slightly out of kilter with the rest of the record, while Monki meanders for seven-plus minutes.

Yet as the record draws towards its conclusion, Nielson’s songwriting recaptures the subtleties of the engaging opening to the LP. Following the atmospheric minute-long instrumental Dawn is the formidable Faded In The Morning, featuring a funky bassline from Portrait and Geare’s driving beat. The song is much more infectious than anything during the ponderous midsection of the album, returning to the lo-fi and alluring groove of that made Unknown Mortal Orchestra such an exciting band in the first place. Then there’s the brilliantly wondrous closing song Secret Xtians, which brings the record full circle.

Unknown Mortal Orchestra have unquestionably consolidated their growing reputation with II. It may not sound drastically different, but a gradual progression from their debut is in evidence, taking the psychedelic textures that made up their self-titled record and presenting them with more emotional investment. While the album is weakened a little by an aimless middle, the majority of II shows just how good Unknown Mortal Orchestra can be when Nielson knows which direction he wants to take. Yet overall, while II is a success, it’s just not quite the great record it should have been.