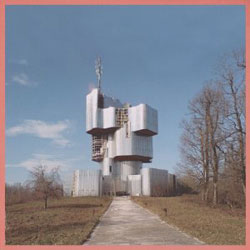 When people talk about the idea of ‘retromania’, or maybe even some sort of inability to let go of the past, there seems to be some idealistic tongue-in-cheek tone behind it all. It’s as if to say there can only be so much advance of whatever kind – social, technological, musical &C. – before a realization hits that everything we were brought up with, as opposed to creating, was far superior. It’s what our parents and our grandparents have known and told us all for years despite these stubborn marches towards some apparently beautiful new modernized utopia.

Unknown Mortal Orchestra, however, have no issues with all of this modern nonsense, it seems. They appear to make no qualms of their adoration for those bygones with this, their debut slef-titled long player. That’s pretty apparent from the opening drum break of sugar-sweet opener Ffunny Friends – a track soaked in such a psychedelic frivolity that it’d be easy to think time travel actually existed. It sets the tone for an album wearing its heritage on its sleeve proudly, albeit through a sometimes-perplexing myriad of styles. Each track sounds as if being designed for the speakers of a vintage boom box, UMO manage to pay affable homage to their respective eclectic pasts without losing the swinging bop of what makes the stand-out tracks here so loveable. Thought Ballune surfs on a wavecrest of confusingly recognizable ’60s swagger, whilst the incredibly-Fonz-titled How Can You Luv Me stands as the well-hidden crestfall of our vocal protagonist shrouded in an addictive haze of jittery guitars and a classic sliding rhythm.

When at their most musically straightforward, an insatiable boyish charm meanders through, but what remains equally impressive is their ability to usher in the conceptual without seeming overly progressive or pretentious. Hearing the twisted chords of Bicycle casually reappear in Jello And Juggernauts, both of which strut along with a fittingly Jagger swagger (sorry, Cher Lloyd fans – wrong iteration). Despite the ubiquitous analog sounds on offer here – a trait which, given their obvious love of the past, works very much in their favour – there’s musical intricacy on offer that could surpass many an act out there. Whether they be turning their hand to pop, rock’n’roll or whatever they do so with a classic effortlessness befitting of some sort of knee-weakening hysteria.

With all that talent, the balance was there to be perfected and honed. Unfortunately, as the album progresses into its latter half, attention wanes. There’s a nagging sense of confusion that throws the swing that seemed so perfectly on its merry way takes an unwieldy jolt into something disconcerting – a feat even for a group as beautifully surreal as UMO. While the happy-go-lucky nature of it all may appear as infectious as ever, tracks like Nerve Damage!, with it’s King Crimson-into-Misfits guitar wails, and the dusty Link Wray sleaze of Boy Witch seem to have twisted the good of the core into an unwieldy shape that is hard to keep grasp.

Maybe it’s a sense of naïve misdirection, a sense that styles are spread too thin to have that head-swelling potency. But whatever its perplexing misgivings, this is still an album of surprising depth, especially given its short, sharp running time. Every track here, when put through its most pure function, is there to be an alternative pop hit in the making. They may have already been pop hits gone by already. But once they find their mud-stained feet cleaned and their heads sober, Unknown Mortal Orchestra are sure to be translating their histories to many more besotted enthusiasts of the vintage.