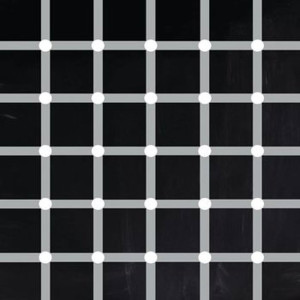 Having initially formed in Burlington, Vermont in 2009, it’s taken American duo The Vacant Lots a while to release a debut long player and it comes in a year of some already vital psychedelic rock albums.

Their first single Confusion emerged in early 2011, and followed a successful US tour with Sonic Boom’s band Spectrum after a personal invitation. The ex-Spacemen 3 legend subsequently took Jared Artaud and Brian MacFadyen under his wing and Departure arrives only after the wizard has waved his wand over mixing and mastering proceedings.

The band’s sound falls neatly into the vibrant American psychedelic scene headed up by The Black Angels, Warlocks and The Brian Jonestown Massacre, often collectively referred to as a ‘family’. And following another notable invitation, the pair are now set to tour the UK in June and July with Anton Newcombe’s outfit as the shows coincide with the debut album’s release.

There’s also a distinct artful aspect to the pair; Artaud is a published poet and striking black and white artwork adorns the physical release of Departure; this, coupled with the support of such psychedelic stalwarts along with a long list of noteworthy influences such as The Stooges, Suicide and The Cramps makes them a more interesting prospect than many other newcomers.

Departure begins with the album’s most catchy number, Mad Mary Jones, a song that will lodge itself in your head for some time. After similarities to the synth intro from Kaiser Chiefs’ Everyday I Love You Less And Less, the opener morphs into an upbeat psychedelic rocker built around a constant guitar riff with some cracking percussion driving the track forward to a simple chorus. It’s a little one dimensional, and a few spoken words do little to enhance the number, but it’s an infectious listen.

A repetitive background guitar riff that recalls The Dandy Warhols’ Come Down era provides the sonic canvas for Never Satisfied; a fuzzy guitar melody then blends with swirling, echoey vocals to create a Warlocks like effort with another simple chorus consisting of just the song title, the outro resorting to an instrumental passage of the music played in reverse.

Tomorrow is an up tempo psychedelic, swirling drone-based cut set to a monotonous beat alongside hazy, warped guitar touches. Paint This City then follows, a slower synth based number furnished with electronic percussion as self-cited influences such as New Order pop up; it’s a little on the dull side though, a perfect album wind down but its mid-album placement ultimately creates a sense of closure at an inappropriate moment.

The slow, swirling psychedelic beast Before The Evening/s Thru again recalls The Dandy’s, with bubbling synths, BJM-like percussion and droney vocals completing the picture. 6 AM then soundchecks some of the duo’s other prominent influences as screeching feedback and electronic percussion create an experience that differs substantially from the rest of the album, droning its way through more tinny, spacey swirls with a hint of Iggy Pop’s vocal style present.

A 10 minute dronefest then looms into being in Make The Connection, recalling The Velvet Underground with its lengthy repetitive nature as more space noise and vibrating synths sit alongside fuzzy guitar chords; it’s all very monotone, based around a single note as the band give Spacemen 3 a run for their money with their penchant for drawing out single chords for what seems like forever. Album closer Do Not Leave Me Now then reverts to insane catchiness, its constant fuzzy rhythm guitar backing track and overlaid guitar melody sounding all very BJM.

In a year that has seen some very strong psychedelic albums from established favourites such as BJM and Sleepy Sun along with solid debuts from new acts such as Temples, it is to Departure’s credit that it isn’t eclipsed by these collections. Whilst their formula may not be original, the appeal of the band doesn’t suffer as a consequence; the duo have set themselves up nicely in a burgeoning genre and whilst their likeness for monochrome isn’t exactly bright, their future surely is.

The Vacant Lots MP3s or CDs

The Vacant Lots on Spotify