Various – Dark Was The Night 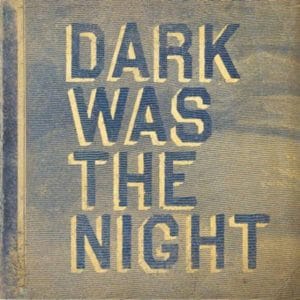 Dark Was The Night

Devised by Aaron and Bryce Dessner of Brooklyn-based indie rock darlings The National in collaboration with John Carlin of the Red Hot Organization charity, Dark Was The Night is a follow-up of sorts to 1993’s AIDS fund-raiser No Alternative.

That album served as an unofficial roll call of the US alternative scene led by Nirvana and Pearl Jam, and although all involved would probably reject the claim, Dark Was The Night serves a similar purpose for the next generation of hip new US bands.

This is a startlingly fecund time for new ‘alternative’ music in North America, and now seems as good a time as any to attempt to corral these artists into a loosely defined scene. In doing so, it also highlights the imaginative void at the heart of much new ‘indie’ music on our own shores – never was a phrase such as ‘UK landfill indie’ more appropriate.

Before getting too carried away it seems wise to point out that Dark Was The Night is not a perfect album by any stretch of the imagination, although there is enough on offer here to warrant a purchase.

It would take up too much space to list all the artists on the album, but suffice to say notable names such as The National (naturally), Arcade Fire, Bon Iver, Cat Power, Feist, Grizzly Bear, Iron & Wine, and Sufjan Stevens are all present and correct.

Dark Was The Night is divided between original material and some unusual cover versions. The Books and José González manage to invest Nick Drake‘s timeless Cello Song with a modern edge, and David Sitek’s stately reading of the Troggs‘ manic With A Girl Like You is well worth hearing. It is the Kronos Quartet that steal the show, however, with a stunning reading of Blind Willie Johnson‘s Dark Was The Night.

The new tracks on show include Arcade Fire‘s rumbling Lenin, Bon Iver‘s wistful Brackett, WI, and The National’s own So Far Around The Bend, the latter featuring a beautiful string arrangement by Nico Muhly. Towering over all is the opening Knotty Pine, a brilliant collaboration between the venerable David Byrne and Dirty Projectors that is full of an urgency and purpose that some of the other tracks lack.

And therein lies the problem with Dark Was The Night. Too much of what is on show here is distinctly unchallenging; it’s as if many of the artists have held fire and left the more imaginative stuff for their own records. It is left to old-stagers like Byrne and the Kronos Quartet to put the young whippersnappers in their place.

Maybe all this talk of a new scene caused the bands to retrench into a very modern mindset, where looking after number one is all-important. I hope not, and the ongoing camaraderie between many of these artists is hardly faked, but Dark Was The Night falls some way short of No Alternative as a statement for our times.