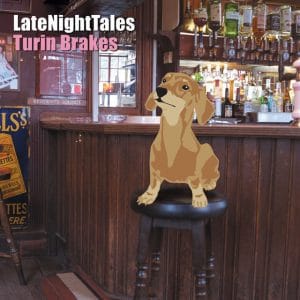 Late Night Tales is the latest compilation from The Late Night series which has already featured Zero 7, Fila Brazillia and Groove Armada to name a few. The series offers artists the chance to make their own compilation, compiled of tracks that they love, and that have influenced them. You know the format here – it’s the same as the compilations you make for friends. They’re fun to make, fun to listen to, and Turin Brakes‘ effort is a fine illustration of this.

Turin Brakes have thus far released two albums, 2001’s Mercury nominee The Optimist LP, and last year’s Ether Song. It is with these that TB have built a firm fan base, and established themselves as a formidable force in the New Acoustic Movement. Their compilation includes everything you would expect, soulful, poignant melodies, but it also unearths an entirely different side to TB’s character, one that is simultaneously intimate and personal, but jazzy and playful, a schizophrenia that is all too welcome.

The album starts lazily, refusing to be hurried, with Swedish singer songwriter Nicolai Dungar, who’s grainy, country approach to songwriting hints at a motif that crops up throughout the album. As TB guide the listener through their record collection there is a distinct feeling of intimacy, these songs are written from the heart, and strike the soul. JJ Cale‘s and Gillian Welch‘s tracks in particular are testament to this, but there are also anomalies to what you would expect from TB’s record collection, and this is where the fun starts.

Silver Jews give the album a bit of a distorted kick up the arse with a song that breaks out the electric guitars. It was perhaps this song that prompted TB to invite electric guitars out to play on Slack from The Optimist LP. Les Barons provide a funkified Latin feeling, whilst Grant Green brings us adrenaline-infused jazz at breakneck speed with the kind of euphoric chorus that TB themselves have cultivated and nurtured into their songs so effectively. The musicianship on Short Tales Of The Black Forest meanwhile is something to behold.

The compilation finishes with the Rolling Stones‘ Moonlight Mile getting Turin Braked. Their exclusive cover removes the clutter, ups the tempo, and adds some poignancy.

The only real criticism comes with the inclusion of Speed Trials, by Dave Palmer, TB’s keyboard player for Ether Song and gigs. It’s not that his cover of the Elliot Smith song is bad, far from it, but it is poorly produced (perhaps intentionally along with the original) and stands out a little from the crispness that surrounds it.

However, knit-picking aside this insight into the sonic world of Britain’s (acoustic) finest is a timeless collection of beautiful textures and original songwriting. It unveils some of the more obscure artists that have helped craft the acoustic genre into what it is. A rare walk down Turin Brakes backstreet, populated by busking legends of melody and rhythm.

It’s lazy, it’s heart warming, and it’s beautiful. Get it now and curl up with it.