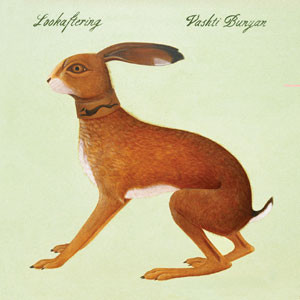 For those unfamiliar, Vashti Bunyan was once a beautiful member of the British folk scene in the late ’60s and ’70s, rubbing shoulders with the likes of Nick Drake, The Incredible String Band and Fairport Convention. She was actually discovered by Rolling Stones manager Andrew Loog Oldham in 1964, but his insistence on developing her in a pop mould as the ‘new Marianne Faithful’ vexed her greatly.

So she left his care and took up with Nick Drake producer Joe Boyd. The result was her 1970 album, Just Another Diamond Day – a sympathetic, innocent, delicate offering based on sparse arrangements and her wonderfully fragile voice.

At the time, the record caused even less of a stir than Drake’s albums, and thus it was that for thirty years the album was buried, significant only amongst a cult following of folk devotees. Vashti herself withdrew from the maelstrom of city life and the music industry, to live simply and bring up her children.

Upon entering her name in an Internet search engine in 1997, she discovered the legion of fans of her remarkable debut, and in 2001, Just Another Diamond Day was re-issued to widespread rapturous re-appreciation. Her new presence in the limelight then drew the obvious question of whether there would be more music. Her response was “maybe, if I can find it amongst the life I have now”.

Happily, she did find it. To say Lookaftering takes up where Just Another Diamond Day left off is an understatement. It feels like no time has elapsed at all since 1970, neither in her own life nor the outside world. This is a collection of gentle and pastoral acoustic elegies deviating little from her first album, yet addressing her own life’s adventures in the 35 years away from music, such as motherhood and the death of her brother.

Opener Lately contains the gorgeous combination of woodwind and strings you will only find elsewhere on Nick Drake’s Bryter Layter, while lyrically describing the tender guardianship over a child. The eerie Against The Sky includes harp from Joanna Newsom, whilst Devendra Banhart makes sterling contributions throughout.

The aching beauty of her songs and their arrangements (by producer Max Richter) is demonstrated no more acutely than the album’s centrepiece, Turning Backs. This is the music of babbling brooks, of grass in the breeze, of William Blake. An extraordinary flute and bassoon led melody compliments Vashti’s aged voice. Yet her voice sounds scarcely different to that of her youth. Such is her timelessness. Melancholy and pagan whimsy are the ingredients in Same But Different, which evokes the same minimalist electricity as Scarborough Fair.

Listening to Lookaftering, it becomes obvious how ludicrous the Marianne Faithfull label was. Indeed, her music comes from such a special place; outside of time, tide and the desperate state of 21st century society, that it is difficult to align her with anyone. The closest I can think of is Joni Mitchell, yet even that seems inadequate – Vashti is apolitical, whereas Joni raged against various machines. Vashti Bunyan is an artist who truly exists in her own sphere.

And it is a sphere we should all want to enter. In truth, each of these songs aren’t really songs at all: they are lullabies, and listening to them is like being a child shrouded in a great big blanket, shielding us from the pain and hostilities of the real world.