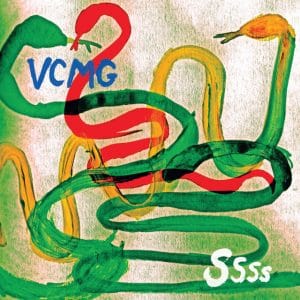 When Vince Clarke walked out of Depeche Mode after Speak & Spell 30 years ago, Martin Gore led his erstwhile bandmates to stadiums around the world with his dark-edged pop songwriting and production skills. Clarke, of course, formed Yazoo with Alison Moyet before progressing to Erasure with Andy Bell. His songwriting style and knack for a hook turned him into something of a hit factory.

Years became decades and then one day, Clarke sent Gore an email saying he was making a techno album, and asked if Gore would like to collaborate. The latter agreed, and the two synth pop legends began to work on each other’s ideas remotely, sending files back and forth to create what would become VCMG’s no-nonsense debut album SSSS.

Clarke, by his own eyebrow-raising admission, knew hardly anything about techno until recently. He’d remixed a track for techno specialist Plastikman (Richie Hawtin), which led him on to dance music community portal Beatport, and he began to get into techno, experimenting with sounds and structures. Gore was already there. Together they’ve brought their considerable pop experience to bear on a genre of music that can sound dispassionate. Here, while the brutal four-to-the-floor beats are in control, Clarke and Gore tease out emotions and create pop hooks with an array of warm sounds. While anyone seeking the reinvention of the techno genre would be looking in the wrong place, it works a treat.

The Teutonic, propulsive Spock was, late last year, the first track to break cover, backed with remixes from assorted techno specialists. A useful taster of the rest of the album, it is devoid of vocals, consists of a filled-out bass and swooshy synth layers added one at a time to a simple loop, and it works best on big-ass speakers with the volume cranked up.

Tongue-in-cheek titles describe their tracks; second single Single Blip is built around a single blip, while Bendy Bass is built around a… bendy bass. And there’s a track called Recycle. It’s all thoroughly unpretentious, straightforward and breezily produced, and suggests not only that its creators were having a great time in their respective studios making it, but also that both knew what they wanted from the project. Their vision has put together a fat-free masterclass of old dogs teaching each other new tricks.

Lowly kicks things off with an enormous, industrial-strength synth bass lolloping along under high end static squeals that are gradually ordered and put firmly in their place. It’s a mere loop that builds, from simple minimalist origins, to layered fusions of synth sounds that perfectly complement each other. Zaat takes things further into the darkest nooks of a black-walled club lit in red with a suitably slave-driving tempo powering irresistible demands to dance. Single Blip is, if anything, more compelling still, a foot-stamping banger of a track that would cause even the simpiest wallflower to quake; and it’s recognisably the work of its creators. Yet they’re not afraid to hoover up influences; Skip This Track heads off in an Azari & III direction, with strobey arpeggiated notes reminiscent of Tunnel Vision, itself an homage to countless house tracks.

The building up and smashing down of cresendos on Aftermaths demonstrates the long-distance duo’s innate understanding of sound structures, and it’s an understanding at least as complete as their knowledge of melodies and pop hooks. It also suggests that this particular techno experiment is not a huge leap from Clarke and Gore’s day jobs; in all likelihood their work here will inform forthcoming Depeche Mode and Erasure output. But both projects have hills to climb if they’re to be as engaging and assured as SSSS, one of the standout albums of 2012 so far.