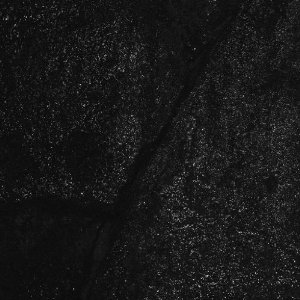 Amidst a bewildering array of stylistic influences, arguably the label itself becomes a valid aspect for critique. There is of course no escape from the nature of Order Of Noise’s production – rather predictably via Tri-Angle Records. Vessel’s half-lit ambience makes a perfect fit for Tri-Angle’s shadowy artists, exploring ambiguous terrain between dubstep and “witch-house”, and follows last month’s subterranean release – the excellent Held from Holy Other. The logical corollary of a label right on trend is the depressing generation of a large amount of cynical hype. Tri-Angle’s releases often come veiled by all the hallmarks of the internet – its detached geography and hazy ideology – and this combined with an enigmatic sensibility has only encouraged the constant pigeonholing of its artists and the apparently sophisticated, cultish identity that Tri-Angle has crafted for itself.

But now the vision has been considerably widened. While Order Of Noise shares interesting territory with Holy Other’s Held, in its minimal sonic palette and a rejection of a dancefloor aesthetic, it nevertheless displays all the power of a true original. In an interview earlier this year, Gainsborough observed: “I think that the common thread connecting the artists on Tri-Angle’s roster is probably more of an attitude towards electronic composition, than it is the sonic traits of the music”.

Burning a path through degraded techno and underground house, Order Of Noise manages to reconcile swirling, tortured textures in a startlingly organic arrangement. Vizar opens with ambiguous vocals, hanging in the air, before its music starts to breathe, gathering together in riverine force. A wary bass leads in the propulsive Images Of Bodies, before disintegrating into jewelled synths. Elsewhere Vessel flits between sensuality and frenzy, from the slippery textures lying beneath Scarletta’s sonic conflict, through to the night bus heart of Stillborn Dub and the edged panic of Court Of Lions.

Binding the constant drift between percussive language and bloodier depths is a fine sense of architecture, a web of breathing noise and reverberatio, that pushes opposing experimentation towards a cohesive whole. Order Of Noise dances that fine line between the club and something dreamier. And as such, it arrives with sharp impact, melding abstraction and direct sound to impressive effect.