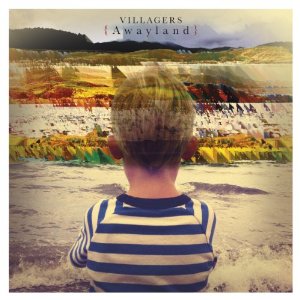 Considering that they only had their first live performance in 2008, Villagers have packed a lot into their brief period of existence. 2010’s debut Becoming A Jackal was nominated for the Mercury Prize and saw frontman Conor O’Brien winning a prestigious Ivor Novello award for his accomplished songwriting.

That album was certainly the kind of effort which springs to mind when you think of the Mercurys – an intimate, compelling and sometimes bleak folk record which recalled Bon Iver and Arcade Fire in their more sparse moments – and it was unfortunately easy to imagine that Villagers would follow the usual fate of most folk artists nominated for the prize and vanish back into relative obscurity. Indeed, while the band enjoyed chart-topping success in their home country of Ireland they largely remain a cult concern elsewhere.

It could be said, then, that second album {Awayland} (released after two years of almost non-stop touring) will be decisive in whether Villagers can capture a wider audience. The initial omens aren’t good in that regard – album opener My Lighthouse brings delicate acoustic guitar, swooning vocal harmonies and self-consciously rustic lyrics (“I will heed your call from the dust and the sand/And I’ll save all my stories for thee”) which suggest the album will be a continuation of Becoming A Jackal. It’s certainly warm and appealing but there is little about it to separate Villagers from acts like Fleet Foxes and Grizzly Bear.

It is surprising, then, when second track Earthly Pleasures kicks off with propulsive percussion, twinkling electronica and processed staccato vocals – a jolting signal that something far more adventurous than a repeat of the debut album is afoot. The song builds magnificently, more than matching its literate, fantastical lyrics which begin with a man “naked on a toilet with a toothbrush in his mouth” and climax with him meeting God (a female, naturally). Whereas Becoming A Jackal seemed to be largely a one-man affair, this song (and most of the rest of the album) finds Villagers operating as a full band – and one in full flight one at that. Clearly all those live shows have paid dividends.

Lead single The Waves is more daring still, its sparse beat-driven opening and apocalyptic lyrics recalling latter-day Radiohead. It fizzes with drama and excitement as O’Brien imagines (and identifies with) waves crashing down on humanity and eradicating “well-insulated bigotry”. Befitting the theme, the music reaches a furious crescendo which is as powerful as the climax of any Hollywood disaster movie. This fury at the self-righteous and the narrow-minded is found throughout the album – the deceptively catchy Judgement Call is a coruscating attack on “the clean, and the right and the chosen ones” who “gotta get the kids before they grow/God forbid they retain their sense of wonder.” Grateful Song, meanwhile, is an ode to adversity and the conviction which arises from it – a conviction which O’Brien hopes will save him should he “”forgo a love for my brothers and my sisters with a pledge of allegiance to God.”

Certainly the album’s lyrics are masterly – intelligent, engaging and humane. The stately In A Newfound Land You Are Free seems to be a sweet declaration of love from a father to his new-born baby until the lyrics make dark reference to “a lifetime too brief” and a “newfound grief”, turning the song into something far more tragic. The Bell, meanwhile, marries a wonderful look at creativity and meaning to a hook-laden pop song.

There are many treasures to be found here, with the songs positively fizzing with a gleeful ingenuity. By the time the album ends with the noise of a braying donkey, it’s a hard listener who will not have a wide grin on their face such is the wonder at what Villagers have achieved. Defying all expectations, they have taken a brave leap forward and delivered one of the first great albums of 2013. Here’s hoping that much well-deserved success follows.