by John Murphy
published: 24 May 2010 in Album Reviews
Tweet 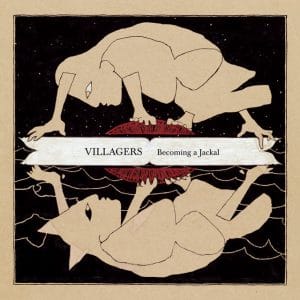 Conor J O’Brien is a man who likes to wrongfoot. There’s his band name for a start. While Villagers conjures up images of Broken Social Scene-style collectives squeezing onto a stage, it’s actually a one-man band consisting entirely of young Dubliner O’Brien, playing all the instruments, writing all the songs and even producing the album.

The surprises don’t stop there. At first listen, Villagers appear to fit neatly into that ‘sensitive singer-songwriter’ market that’s already more crowded than an airport departure lounge in volcano season. Yet as befits a Domino signing (home to Arctic Monkeys, Animal Collective, Wild Beasts and The Fall of course), there’s a welcome degree of experimentation that keeps the listener on their toes.

Take the album’s opening track I Saw The Dead, for example. A plaintive Coldplay-style piano intro lulls the listener into a false sense of security, before it becomes ever more eerie and atmospheric. “Let me show you the back room, where I saw the dead” intones O’Brien, before a slow crescendo of instruments build up behind him – and then, suddenly, someone pulls the plug and the song ends abruptly.

It’s an attention grabbing opener to an album that never fails to surprise. The orchestral pop beauty of Pieces descends into an entire minute of O’Brien howling like a werewolf; there’s a drum solo in Ship Of Promises; while The Pact (I’ll Be Your Forever) throws the biggest wildcard by taking on the mantle of calypso-pop, and getting away with it.

Yet for all that, Becoming A Jackal is most effective when O’Brien plays it straight. There are moments here that recall the best moments of Paddy McAloon‘s Prefab Sprout – the urgency of Ship Of Promises and the wistful, understated Set The Tigers Free could almost be outtakes from Steve McQueen. O’Brien obviously sees himself in that grand tradition of the songwriter who finely and lovingly crafts his work.

With good reason, too. The title track is one of those rare songs that sounds very immediate and catchy, yet loses none of its appeal after multiple listens, while The Meaning Of The Ritual manages to be touching, poignant and slightly anthemic. And before the aforementioned Pieces descends into its slightly frightening banshee howls, it makes the perfect comfort blanket for when you feel that life is falling apart.

Rarely for a debut album, there are few quibbles here – all the tracks are shot through with a verve and confidence that belies O’Brien’s tender years. Rather like that other, more famous, Conor – Oberst, of Bright Eyes fame – there’s a sense of foundations being laid, in preparation for a career of real longevity. Hop on now, for this promises to be quite a ride.