Villagers – Where Have You Been All My Life 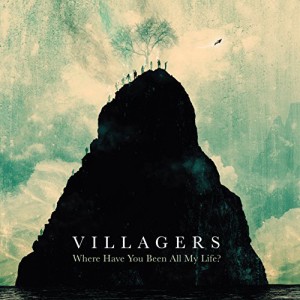 Villagers have done little wrong since coming to prominence in 2010. The Irish act led by Conor O’Brien secured a Mercury Prize nomination for debut LP Becoming A Jackal, before following it up three years later with another nomination for second album, Awayland. While they were unable to make it three in a row with album number three, last year’s Darling Arithmetic, it was still met by a largely positive reaction from critics.

Not content with producing three well-received albums, Villagers are now back less than a year later with their fourth LP – well, sort of, anyway. Where Have You Been All My Life is not strictly a new record from the band, because it’s actually a re-imagining of older material mixed with tracks from Darling Arithmetic. In other words, it is essentially a wistful, acoustic journey through Villagers’ five-year career so far.

Rather than simply chucking the tracks together in their original form in a sort of premature ‘best of’, though, Villagers have taken their older songs and altered them to match the more stripped-back sound they employed for their third effort. This approach was achieved over a single day at RAK Studio in London in July last year, when 18 songs were recorded in one or two takes at most, before 12 were chosen for the final cut.

The end result is a very accomplished and delicate record, one that, for the most part, manages to take songs that many thought Villagers got right the first time around and enhance them. This is most evident in B-side Memoir, which was originally written by O’Brien for Charlotte Gainsbourg in 2011, but has now been transformed into the enchanting, beautiful acoustic centerpiece of Where Have You Been All My Life.

“So I give myself to strangers/ like I gave myself to you/ but the tenderness I felt has been replaced by something new,” O’Brien sings over the simple arrangement, which allows his poignant romantic lyrics to shine. Another success story is album opener Set The Tigers Free, from debut record Becoming A Jackal, where some of the quirks of the original have been stripped back to create a purer and just as magical soundscape.

That Day, another track from the band’s debut, undergoes an even more drastic change. The original was a rich, bewitching standout from Becoming A Jackal, romping along with a sense of urgency until before bursting into a big sing-a-long chorus. Yet in its new incarnation it is restrained and patient, with O’Brien whispering in hushed, barely there vocals: “Can you hear me now/ lying in this bed.”

It is one of a handful of tracks where Villagers really take a risk with their arrangement, but with the risk comes a high reward. The same is true of The Waves, which has come along way from the layered, electronic atmospherics it possessed when it was initially released on Awayland. The song’s new acoustic ‘re-imagining’ is wonderfully executed, while My Lighthouse is a more than suitable addition to this compilation despite needing little work.

Where the album does suffer somewhat is on the tracks from Darling Arithmetic, which are largely left untouched. That’s not to say they don’t fit in with what O’Brien has done with the rest of the material that features – in fact, the whole point was to bring the older material into line with the sounds of the latest LP – but tracks such as The Soul Serene, Courage and So Naive fall flat compared to the far more interesting, reworked tunes.

This is a relatively minor disappointment in the grand scheme of Where Have You Been All My Life, but it is hard to ignore how limited, both musically and lyrically, the Darling Arithmetic tracks sound when played alongside their predecessors. However, despite its limitations, Villagers’ latest LP does succeed in producing some very worthy reinterpretations and weaving them seamlessly together, which is often easier said than done.