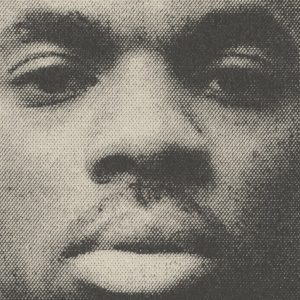 Three years since the groundbreaking spate of 20-minute rap albums (remember Ye? Daytona?) Vince Staples is sticking to the form with a new self-titled record that’s roughly the length of an EP.

Tis time round, the electronic experimentations of Big Fish Theory are long gone in favour of booming trap beats and Staples’s unique form of modern-day gangsta rap, and at various points a melodic quality shines through in his voice which has previously gone unheard.

Law Of Averages is a brilliant showcase for his cold-hearted bars (“Cherry Ave, Downey Ave, hoe you average / Louis bag, Gucci bag, you got baggage / I will never give my money to a bad bitch”) over punchy drums and a chirruping, pitched-down sample, while The Shining is deceptively cute with cascading plinks of melody anchored by a simple i-VI chord sequence.

Take Me Home is one of the more mellow track, Kenny Beats delivering a smooth guitar lick to accompany the low-key bars and tuneful hook by Foushee. References to The Wizard Of Oz abound, and the resignation in Staples’ voice makes it a real emotional centrepiece. Closing track Mhm by contrast is pure flexing, braggadocious lyrics and distorted bass that would be intimidating if it weren’t so irrepressibly bouncy.

Staples has always had a penchant for the street life, and this is echoed in the album’s interludes: voicemail monologues from a pistol-toting woman and a man trying to play it cool in front of the cops, backed by luscious, filtered samples which give the record a coherency previous Staples LPs lacked (although in fairness 2018’s FM utilised sonically jarring moments as part of its concept).

Vince Staples is a worthy continuation of his oeuvre, and proof if it were needed that his paradox of youthful energy and world-weary cynicism remains as captivating as ever.