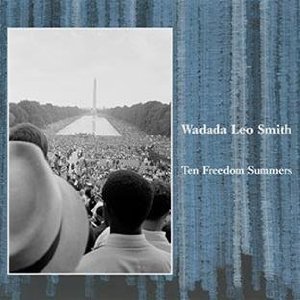 To suggest that an art work on this scale poses a challenge to the music writer is an understatement in the extreme. This is the sort of magnum opus that makes the old cliche that writing about music is like ‘dancing about architecture’, sometimes credited to Elvis Costello, rear its ugly head once again. Ten Freedom Summers is not so much an album as the summation of an entire life’s work, more than four hours of extraordinary music delivered at the highest level of intensity and creativity, initiated in 1977 but not completed until 2011 (the complete sequence was recorded live at Los Angeles’ Red Cat Club). Inevitably, it cannot be digested in one sitting. In fact, it may very well take the audience entire lifetimes to get to visit all the nooks and crannies of this quite exceptional masterpiece. Few will have the time or the patience. It is an artefact to obsess over and live in, not merely a soundtrack to enliven life’s regular monotony.

In recent years, there have been many attempts to fuse the worlds of improvised jazz with classical composition, but few attempts have been made from a background as deep into the improvised moment as trumpeter and composer Wadada Leo Smith’s. Over a long career dating back to the late ’60s, Smith has recorded with avant-garde luminaries including Henry Threadgill and Anthony Braxton and was a regular part of Derek Bailey’s Company, a revolving cast of fearless improvisers. Among his peers, he may be the most economical in his playing, but it his sound, capable of aching tenderness (displayed here on the astonishing Malik Al Shabazz And The People Of Shahada) and violent outburst, that creates the greatest impact. Sometimes he can make just one note cut through a maelstrom with excoriating precision and clarity.

The core of the ensemble that features on Ten Freedom Summers is the current line-up of Smith’s Golden Quartet, featuring bassist John Lindberg (who occasionally imbues the music with some surprisingly deep and resonant grooves), pianist Anthony Davis and drummers Susie Ibarra and Phaeron akLaaf (the Quartet becomes a Quintet when the two play together). Also performing on seven of the 19 pieces are the musicians of Southwest Chamber Music (a string quartet expanded to included harp, clarinet. flute, bass and percussion). Throughout, Smith shows an acute ear for effective instrumentation, varying the combinations of musicians to create contrasts, frequently extreme in nature, that run the gamut of human emotions. Smith’s music, appropriately strident and unwavering, is inspired by the Civil Rights struggle in America, focusing mainly on the turbulent 10 years between 1954 and 1964.

Perhaps fortunately, given the music’s uncompromising and uncommercial nature, Smith emphasises his concept and theme through explanatory titles that reference key events and leading figures within the struggle. Whilst a lot of freely improvised music avoids hooks and consciously eschews the lure of the groove, Smith has wisely opted to do neither in this context. Thurgood Marshall and Brown vs The Board Of Education: A Dream Of Equal Education, 1954 (how’s that one for a pithy title?) even swings righteously for long stretches of its 18 minute duration, with the crucial foundation of the blues. Many of the pieces are built around repeated figures or motifs that linger long in the memory. Throughout the four discs, there is a strong unity of music and purpose, form and content.

Smith’s greatest skill on display throughout Ten Freedom Summers is his ability to juxtapose contrasting, seemingly contradictory emotions, often within the space of one long form piece of music. The clarion call timpani that usher in John F Kennedy’s New Frontier And The Space Age, 1960 are undeniably a sound of thrill and excitement, but beneath them the string group and clarinet highlight the continuing anguish and sadness of the oppressed. Rosa Parks, which opens the second disc, moves from a plaintive trumpet cry to considered conversations between the various members of the quintet. Using mostly slow tempos, Smith is as interested in the impact of space and silence as he is the more familiar flurry of musical language.

Anthony Davis’ piano is a formidable presence throughout, chaotic and turbulent where necessary but also offering a range of colours and approaches. It perhaps works best in combination with the chamber group, creating striking and unconventional harmonies on Lyndon B Johnson ‘s Great Society And The Civil Rights Act Of 1964. Throughout, there is a strong spiritual dimension to the music (particularly on the closing paen to Martin Luther King, with Davis again at the fore). This places Smith’s masterwork very much in the lineage of spiritually inspired music initiated by John and Alice Coltrane. Yet there is a radical, passionate aspect of the delivery of these compositions that also seems individual and highly charged.

Whilst Ten Freedom Summers may be historic in inspiration, it is undoubtedly intended to be appreciated now and to have resonance for the contemporary moment. Smith even incorporates a memorial for the victims of the September 11 attacks. It is as much a warning against regression as it is a celebration of hard won victories. Rarely has a recording stood in such stark opposition to the culture into which it has been released. In this globalised but fragmented world, now so obsessed with immediacy, rapidity and digestibility, Ten Freedom Summers is a visionary work of protest and power.