The War On Drugs – A Deeper Understanding 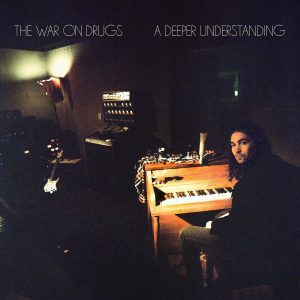 Despite emerging on the roster of Indiana’s impeccably indie Secretly Canadian, the music of The War On Drugs has always had more in common with commercially huge stadium rock acts of the 1980s like Dire Straits and Bruce Springsteen than with most of their more idiosyncratic former label mates.

It’s therefore no great surprise that the Philadelphia six-piece have moved to major label Atlantic for their fourth album, A Deeper Understanding. The War On Drugs’ sound has always been steeped in classic rock and performed with daunting instrumental skill, but the band’s evolution through the promising Slave Ambient (2011) and 2014’s outstanding Lost In The Dream has seen them become steadily more epic and ambitious in their scope.

A Deeper Understanding takes this development to a new level. While their past two albums have hardly been short and punchy (Lost In The Dream clocked in at exactly an hour), this new record, at 66 minutes and with seven of its 10 songs extending out to over six minutes in length, sounds huge and stately. The tracks here spread their wings elegantly and unhurriedly, like a majestic eagle supremely confident in flight. It’s The War On Drugs doing what they always do so well, only on a more dramatic scale than ever before. There’s nothing quite as urgent and propulsive as Lost In The Dream’s Under Pressure or Red Eyes here, but arguably there is even greater depth in terms of texture.

Proceedings get under way with Up All Night, generally one of the more upbeat compositions yet with a graceful, reflective conclusion. Next up is Pain, the first great track on the record. Featuring some wonderfully evocative guitar playing with echoes of Mark Knopfler and Tom Petty, it’s a nostalgia-tinged, American widescreen open road anthem. Holding On continues in a similar vein, but with some quintessentially ’80s synths shuddering away in the background, providing an extra layer to an already expansive sonic canvas. Strangest Thing is a mellow slow burner that takes a while to get going, yet builds into a symphonic wall of sound that is elementally powerful. Knocked Down however is a slight disappointment, with its plodding pace and a melody that bears incongruous similarities to Minnie Ripperton’s Lovin’ You. Nothing To Find continues the mid-album dip, being aptly titled as it feels very much like The War On Drugs on auto-pilot.

The opening chords of Thinking Of A Place soon dispel any concerns that A Deeper Understanding is running out of steam. A contender for the band’s best song to date, it’s 11 minutes of exquisitely crafted rock music where every nuance is perfectly placed. A lengthy, atmospheric guitar solo recalls David Gilmour’s peak Pink Floyd work, but it then transitions effortlessly into a hushed pedal steel passage. Later, we get a similarly reflective harmonica interlude. Above it all, Adam Granduciel softly sings “I’m thinking of a place/ And it feels so very real/ Just moving through the dark.” An example of The War On Drugs’ persistent lyrical themes of internal struggle and longing to reach unspecified destinations, it’s hardly groundbreaking, but it suits their material so well it scarcely matters. Before the end of the record, there’s still time for one more highlight; You Don’t Have To Go, a sublime, yearning finale which glides gently before going through the gears to a sweeping conclusion.

If there’s one criticism to be levelled at A Deeper Understanding, it’s the lack of more instantly accessible songs. It’s not as immediate an album as Lost In The Dream, and a couple of quality control lapses prevent it from being a truly great record. Yet it’s still a dauntingly accomplished behemoth from a group who grow in stature with every release they put out.