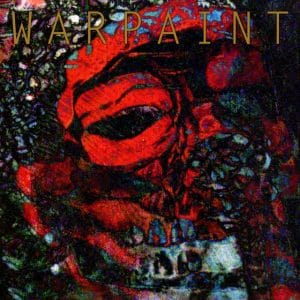 Inevitably namechecked as one of the year’s buzz bands by all and sundry, and a seemingly ever-present on indie tastemaker blogs, now the record has finally arrived, will it live up to the hype? Having knocked around on the live scene for years, inspiring hyperbolic reviews of transcendental shows supporting the likes of The xx, Warpaint are certainly not an unknown quantity – yet describing what exactly they are is more blurred. Their focussed-at-being-unfocussed sound is a curious mish-mash of styles, some of them incredibly cutting edge and some gloriously unfashionable, including hints of psychedelia, prog, grunge and droning post punk.

While The Fool is perhaps not the most immediate blast from the relatively-thriving LA underground scene (that accolade should surely go to lo-fi power punkers Best Coast), sharing as it does a fuzzy, proggy sound closer to The Jesus And Mary Chain than the stoner thrash of No Age or Wavves, it’s certainly an impressive début that deserves many of the plaudits coming its way.

Perhaps due to the fact that the band have had rather a long time to perfect their sound, Warpaint sound like very little else out there. By dint of apparently belonging to no particular movement, and drawing influences from some pretty wide sources, they exude the kind of aloofness that can’t be stage managed. The effect is best displayed by co-lead singer Emily Kokal’s dreamy, intimate delivery (the whole band share vocal duties), which offsets the raw and slightly unfocused group behind her. The band’s lyrics, that often forefront a punky and relatively empowering feminism (sample lyric: “Why you wanna blame me for your troubles/ You better learn your lesson yourself” – Undertow) are sometimes less successful, but it’s a small point – Warpaint’s strongest selling point is their ability to pull off the neat trick of sounding like nobody and everybody at the same time.

Opener Set Your Arms Down is case and point, mixing as it does the urgent, uneasy drumming and choppy guitars of Radiohead‘s single There There with The xx’s haunting, shimmering lustful angst. It’s an arresting start to the record. Another highlight is Undertow, a surprisingly sprightly retooling of classic 4AD shoegazers like Red House Painters and Cocteau Twins, mixed with a poppy bass line that veers brilliantly into funk territory, while Baby reneges on the reverb and allows Kokal an acoustic torch song. Yet there are a few too many -Bees and the eponymous Warpaint for example – that tend to fall back on the deeply reverberating guitar lines that drive much of the record.

It can’t be said that The Fool is always an easy record to love. While obviously musically varied, every song weighs in at between four and seven minutes and as many are so slow-burning, so indefinable in structure and composition that The Fool can be a frustrating experience for the casual listener.

Yet, it’s arguable that the casual listener isn’t really the band’s demographic. Listen to The Fool a couple of times and the record’s charms start to unveil in front of you – things like Shadows’ Pixies-style Spanish guitars, that can seem self-conscious initially, begin to take shape and spread out in a hypnotising sprawl. While not perfect, The Fool is a very promising début that grows in stature on every listen. If you’re willing to put the time in, this could easily live up to the hype.