Waters – Out In The Light 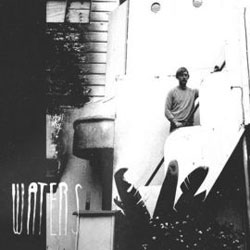 In April of 2010 Van Pierszalowski played a show at the Borderline in London as part of his band Port O’Brien. It was a typically rambunctious, energetic show but cracks were emerging. Two band members had not travelled to Europe for the tour and although the hastily recruited replacements did a reasonable job (often under Pierszalowski’s direct instruction) he didn’t seem happy. It some respects it came as little surprise when it was announced that Port O’Brien was to split.

Eighteen months later and Pierszalowski has returned with Waters, a solo project conceived and recorded with local musicians whilst he was living in Oslo during the second half of 2010. Released on City Slang, Out In The Light sees Pierszalowski revitalised by the spell alone, unconstrained by the complications and restrictions often found within a band. Threadbare, Port O’Brien’s 2009 swansong had seen a slight toning down of their earlier excesses, pushing them towards a more mainstream alternative rock sound but Out In The Light is a far more penetrating, raw-sounding record.

Blistering opener For The One sets the standard, uncompromisingly loud guitars propping up his searing, strongly-accented vocals. It boasts a raw, unadorned production which runs throughout the album. O Holy Break Of Day is a reminder of the skewed alt-country sound hinted at on Threadbare, built on more rancorous guitars and cracked vocals. It comes close to recalling Sparklehorse’s more electrified moments whilst simultaneously suggesting a kind of shipwrecked Neil Young.

The title track provides a modicum of relief, sounding bare and skeletal in comparison to the heavy guitar assault of the opening brace. Rougher, coarser edges have been sandpapered to revealing the melodic core that exists within many of his songs. Back To You sees a swift return to the adrenalin-fuelled, resurgent power-pop before the acoustic-led Ones You Had Before allows a welcome drop in pace. The latter sees Pierszalowski in more sensitive mood, airing past regrets. It’s a lyrical theme that reappears over the course of the album that to an extent maybe reflects the slightly troubled genesis of the record. Weather references also abound, his previous spells living in geographically remote areas like Alaska continuing to find a presence within his music.

The second half of the album plays out in similar style. Abridge My Love has a striking directness, the repeated chorus set against sinewy, choppy blasts of guitar. This is replicated to an extent on If I Run, which offers more gnarled guitars and abrasive surfaces. Take Me Out To The Coast is perhaps the highpoint of the album, charged guitars supporting a burgeoning, rampant chorus. It is as close as the album gets to something like the stomping Port O’Brien anthem I Woke Up Today. The final track Mickey Mantle exhibits a hitherto unseen tenderness, again recalling Neil Young, although on this occasion it is Harvest Moon era Young.

Out In The Light is a blustery, at times thrillingly unstable record, and comfortably matches the standards Pierszalowski achieved with Port O’Brien. It is the sound of a man who, rejuvenated by a period away, has rediscovered his musical passions and now has the freedom to pursue them with renewed energy.

More on Waters
Waters – Out In The Light