Wilco – A Ghost Is Born 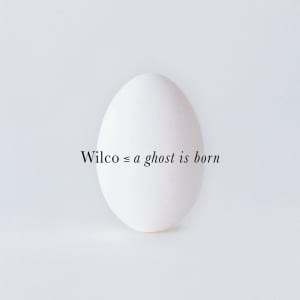 Wilco have long been viewed as the standard bearers for the alt-country movement, a label as unappealing as it is inaccurate (any genre that can lump in artists as diverse as Ryan Adams and Lambchop should be viewed with some suspicion). Wilco have constantly refined and experimented with their sound, so much so that the band’s old record label refused to release their last album Yankee Hotel Foxtrot until it was made more commercially viable.

The band’s experimental side is in full flow on A Ghost Is Born. There are squealing guitar solos, abstract and bleak lyrics, and two tracks that are over ten minutes long. It’s not quite Radiohead circa Kid A or Amnesiac, but on some tracks it comes pretty close.

The dark side of Wilco has always been there to see (check out the lyrics behind the lush melodies of the band’s third album Summerteeth for example) but lead singer Jeff Tweedy surpasses himself here on A Ghost Is Born’s opening track. At Least That’s What You Said is a slow burning masterpiece, beginning with whispered vocals and a piano before building up beautifully as the guitars kick in. Then you notice the words to the song: “I thought it was cute for you to kiss my purple black eye/even though I caught it from you”. It’s moments like this that remind you that Wilco are no ordinary rock band.

The two epic tracks of the album are Spiders and Less Than You Think. The former is reminiscent of bands like Granddaddy, a droning melody driving the song on, while Tweedy bursts into several impressive guitar solos throughout. It sounds terrific, with some odd lyrics adding to the song’s intrigue (“You fool me with a kiss of kidsmoke from a microscopic home, it’s good to be alone”).

The first three minutes of Less Than You Think are also fantastic, a piano ballad augmented by strings that soon disappears into squeals of feedback and white noise. It would be a hardy soul who could sit through the twelve minutes that follows without reaching for the remote control.

That’s the only time that self indulgence takes over A Ghost Is Born though. Hummingbird builds on a bouncy piano riff, while Wishful Thinking is a lovely ballad that tugs on the heartstrings (“what would love be without wishful thinking”). Elsewhere, Company In My Back brings to mind Mercury Rev with its blissful sonic warmth, and I’m A Wheel displays some truly nonsensical lyrics to good effect (“once in Germany someone said nein…I invented a sister populated with knives” for example).

Late Greats finishes off the album, with a tale of great bands and songs which never receive radio exposure. It’s unclear whether Wilco count themselves amongst this group, but when they’re producing albums this inventive, listenable and downright enjoyable, they’re obviously doing something right.